Despite the English conquest, the Dutch language continued to thrive in New York and northern New Jersey for generations, persisting into the twentieth century in certain areas. END_OF_DOCUMENT_TOKEN_TO_BE_REPLACED

The Albany Institute of History & Art is set to host a Dutch Taste & Traditions Day on Sunday, November 24th, from noon to 5 pm. During the 17th century, Dutch settlers to the Hudson River Valley brought Old World traditions and culture with them. END_OF_DOCUMENT_TOKEN_TO_BE_REPLACED

How do empires come to be? How are empires made and who makes them?

What role do maps play in making empires?

Christian Koot is a Professor of History at Towson University and the author of A Biography of a Map in Motion: Augustine Herrman’s Chesapeake (NYU Press, 2017). Christian has researched and written two books about the seventeenth-century Anglo-Dutch World go better understand empires and how they are made. He joins us in this episode of Ben Franklin’s World to take us through his research and to share what one specific map, Augustine Herrman’s 1673 map Virginia and Maryland, reveals about empire and empire making. END_OF_DOCUMENT_TOKEN_TO_BE_REPLACED 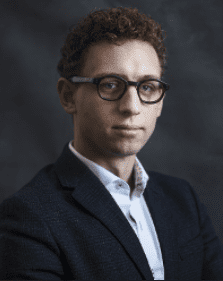 The American Declaration of Independence has striking parallels with the Dutch Act of Abjuration (1581)—different ages, different people, but the same struggle, the same principles, the same values, and even the same phrasing. Is this a coincidence, or did Declaration of Independence committee member Robert R Livingston, a founding father which Dutch roots, impact the American document with his knowledge of Dutch history?

Dr. Geerten Whaling, a Dutch historian from the University of Leiden, will be discussing the revolutionary history of the founding of the Dutch Republic and it’s direct and indirect influence on the Founders of the United States at the Clermont State Historic Site on March 14th. END_OF_DOCUMENT_TOKEN_TO_BE_REPLACED

In this episode of Ben Franklin’s World: A Podcast About Early American History Peter G. Rose, culinary historian of Dutch foodways in North America and author of Delicious December: How the Dutch Brought Us Santa, Presents, and Treats (SUNY Press, 2014) joins us to discuss the origins of Santa Claus and edible goodies such as cookies in the United States. You can listen to the podcast here: www.benfranklinsworld.com/218