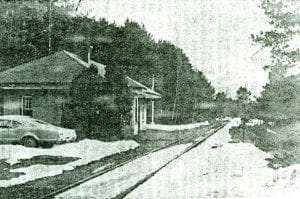 The 34-mile rail corridor being removed was key to a once-thriving 119-mile railroad which operated almost continuously from 1892 until 1972, first as the Mohawk & Malone, and then by the New York Central starting in 1913. END_OF_DOCUMENT_TOKEN_TO_BE_REPLACED