In this episode of the Ben Franklin’s World Podcast, Andrea Mosterman, an Associate Professor of History at the University of New Orleans and author of Spaces of Enslavement: A History of Slavery and Resistance in Dutch New York (Cornell Univ. Press, 2021), joins us to explore what life was like in New Netherland and early New York, especially for the enslaved people who did much of the work to build this Dutch, and later English, colony. END_OF_DOCUMENT_TOKEN_TO_BE_REPLACED 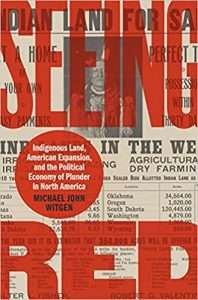 In this episode, Michael Witgen, a Professor of History and a Professor at the Center for the Study of Ethnicity and Race at Columbia University and a citizen of the Red Cliff Band of Lake Superior Ojibwe, joins us to investigate the story of the Anishinaabeg and Anishinaabewaki, the homelands of the Anishinaabeg people, with details from his book, Seeing Red: Indigenous Land, American Expansion, and the Political Economy of Plunder in North America (Omohundro Institute & Univ. of No. Carolina Press, 2022). END_OF_DOCUMENT_TOKEN_TO_BE_REPLACED

One of the places that Christopher Columbus stopped at during his 1492 voyage was an alligator-shaped island at the mouth of the Gulf of Mexico, between the Yucatán and Florida peninsulas – the is the island of Cuba.

What do we know about early Cuba, the island the Spanish described as the “Key to the Indies?” What kind of relationship and exchange did early Cuba have with British North America and the early United States? END_OF_DOCUMENT_TOKEN_TO_BE_REPLACED 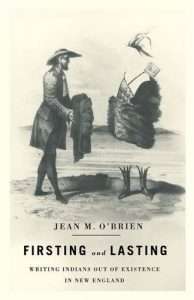 O’Brien argues that local histories became a primary means by which European Americans asserted their own modernity while denying it to Indian peoples. END_OF_DOCUMENT_TOKEN_TO_BE_REPLACED

About 620 miles north of New Orleans and 62 miles south of St. Louis, sits the town of Ste. Geneviéve, Missouri.

Established in 1750 by the French, Ste. Geneviéve reveals much about what it was like to establish a colony in the heartland of North America and what it was like for colonists to live so far removed from seats of imperial power.

In this episode of the Ben Franklin’s World podcast, Claire Casey, a National Park Service interpretative ranger at the Ste. Geneviéve National Historical Park, joins us to explore the early American history of Ste. Geneviéve. END_OF_DOCUMENT_TOKEN_TO_BE_REPLACED

These settlers built homes and cultivated farms; they also constructed Fort Oranje (Fort Orange) on the west bank of the Hudson River. END_OF_DOCUMENT_TOKEN_TO_BE_REPLACED 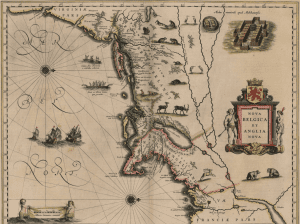 In 1602, the States General of The Netherlands granted a charter to a powerful group of Dutch merchants creating the Dutch East India Company and giving them the exclusive right to develop and conduct trade with the markets in the Far East which included the Spice Islands and China. Soon, these merchants began bringing exotic silk, clothing, ceramics, teas and spices back to the Netherlands. In their travels, the Dutch ship captains discovered the continent of Australia and named it “New Holland.” END_OF_DOCUMENT_TOKEN_TO_BE_REPLACED

How did black women in colonial Louisiana navigate French and Spanish black and slavery codes to retain control of their bodies, families, and futures? END_OF_DOCUMENT_TOKEN_TO_BE_REPLACED

While this august assembly of middle-aged men sat pondering the problem with pie charts and furrowed brows, back home in the mountains, the keystone species of the demographic ecosystem – Adirondack mothers – got on with the business of raising children in a climate that is notably inimical to their interests even within the auspices of nation that is generally hostile to the working conditions of those who shoulder the bulk of the responsibility for social reproduction. END_OF_DOCUMENT_TOKEN_TO_BE_REPLACED 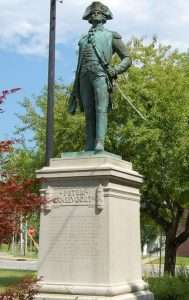 A sculpture of Brigadier General Peter Gansevoort stands in a city park named in his honor at Rome, Oneida County, NY.  This bronze, dedicated November 8, 1906, was created by Emilio F. Piatti. It presents the General in dress uniform grasping his sword and holding what is perhaps one of the most impactful tools (or weapons) ever devised – an accurate map. END_OF_DOCUMENT_TOKEN_TO_BE_REPLACED