President John F. Kennedy said the missiles would not be tolerated and insisted on their removal. Khrushchev refused. END_OF_DOCUMENT_TOKEN_TO_BE_REPLACED

Journalist Karl Grossman and historian Christopher Verga have teamed up for the new book Cold War Long Island, out now from the History Press. In it, they detail the productive and tumultuous post-Second World War years on Long Island.

With an influx of returning soldiers and sailors and an increase of military spending on Long Island to counteract an alleged threat from communism, Nassau and Suffolk Counties saw rapid growth. Aviation companies like Republic and Grumman became household names and a housing boom, epitomized by suburban communities like Levittown, brought many people to the area. END_OF_DOCUMENT_TOKEN_TO_BE_REPLACED 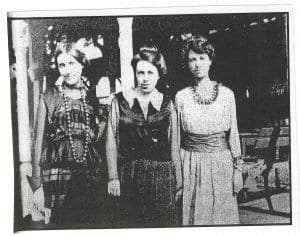 As we celebrate Women’s History Month it is only fitting that we call attention to the contributions one native New Yorker made to the cause of world peace and social justice.

Born in Brooklyn, New York, on March 12th, 1885, Tracy Mygatt was inspired by her New England ancestors’ religious convictions and translated those spiritual roots into radical social change, one that was highlighted by her own political determination.

After her graduation from Bryn Mawr College in 1908, she devoted her life to a number of reform causes, which included child labor and unemployment, world peace through her association with peace organizations and calls for world government, and an economic system based on democratic-socialist principles. END_OF_DOCUMENT_TOKEN_TO_BE_REPLACED 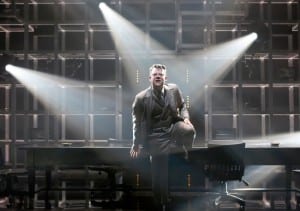 Snazzy musical numbers, snappy dialogue and souped-up friction between bureaucrats and scientists make Atomic: The Idea that Shook the World a sizzling treatment of the history of the Manhattan Project.

Leo Szilard is not the best-known maker of the Atomic Bomb but his dramatic story highlights the high-pressure situation from 1936 to 1945. The play’s run off-Broadway at the Acorn Theater ties to a surge of public interest in the Cold War era. This week is the 75th anniversary of the August 2, 1939 Einstein-Szilard letter to Pres. Roosevelt alerting him to the necessity to move quickly to beat the Nazi regime to the development of an awesomely powerful new weapon. END_OF_DOCUMENT_TOKEN_TO_BE_REPLACED 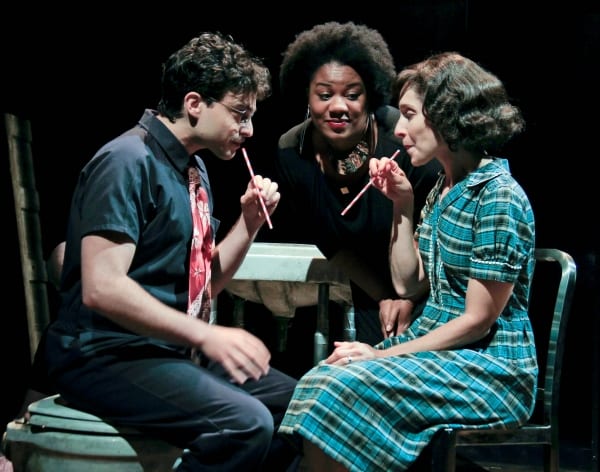 Cold warriors of the 1950s achieved one of their most macabre victories by frying Ethel Rosenberg in the electric chair, not for sharing atomic secrets, but simply as leverage to coerce her husband Julius to reveal sources.

Joan Beber’s play, “Ethel Rosenberg Sings: The Unsung Song of Ethel Rosenberg” at the Beckett Theatre until July 13th probes gender politics and personal story. This lively and intelligent exploration doesn’t flinch at setting Ethel’s story to music, since as a smart Jewish girl from the Lower East side bursting to escape the confines of immigrant horizons Ethel (Tracy Michaelidis) saw herself on stage “hitting a high C.” Undercover Productions and Perry Street Theatricals give this rendition of “straight from the spy files” of history an imaginative twist by framing it with prison politics and interracial casting that bounces the themes in an echo chamber of past and present. END_OF_DOCUMENT_TOKEN_TO_BE_REPLACED

What was it like to grow up as the son of a Kodak engineer during the company’s glory days? William Merrill Decker presents a vivid portrait of life in the Rochester suburbs where residents eagerly conformed to period expectations: two kids, two cars, a move from a snug middle-class neighborhood to a spacious upper-middle-class subdivision. 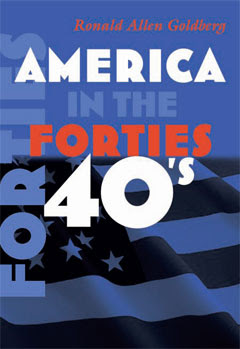 In America in the Forties, Ronald Allen Goldberg is professor of history and chair of the History Department at Thomas Nelson Community College in Hampton, Virginia, energetically argues that the decade of the 1940s was one of the most influential in American history, a period marked by war, sacrifice, and profound social changes.

With great detail, Goldberg traces the entire decade from the first stirrings of war in a nation consumed by the Great Depression through the conflicts with Europe and Japan, to the start of the Cold War and the dawn of the atomic age.

Richly drawn portraits of the period’s charismatic and often controversial leaders — Franklin Roosevelt, Winston Churchill, and Harry Truman — demonstrate their immense importance in shaping the era, and in turn, the course of American government, politics, and society.

Goldberg chronicles the US role during World War II and the early Cold War, showing how these military and diplomatic developments helped lay the foundation for the country’s current role in economic and military affairs worldwide.

Combining a readable narrative with analysis, America in the Forties is useful introduction to understanding a pivotal era.

Goldberg is also the author of America in the Twenties. 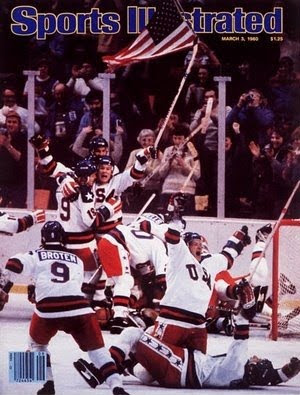 It’s been called the greatest sports moment of the century. The Miracle on Ice, Feb. 22, 1980, when the U.S hockey team, made up of 20 college kids, upset the Soviets 4-3 during the 1980 Olympic Winter Games in Lake Placid, N.Y., on their way to winning the improbable gold medal. Now it’s your turn to tell your story—where you were during that historic day that united the nation? How did that win against the Soviets inspire you?

Do you have a story to tell about that day? If you do, submit your story to the United States’ goaltender Jim Craig, jimcraigbook@optonline.net, for your chance to tell your story in an upcoming book of the memories about that game with the Soviets.

What do you remember about the morale of the country at the time of the victory? Maybe you remember where you were and what you were doing. Or maybe this win served to inspire your life.

The two winning stories will receive a Miracle movie poster, personally signed by Craig. The deadline is May 31, 2011. By submitting your essay, you’re granting permission to publish your story. 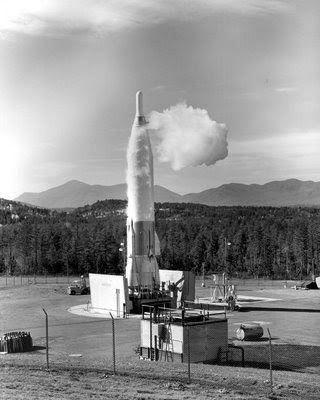 The Australian Architect and Designer Alexander Michael is conducting tours of his restored Atlas Missile Silo (video) in Lewis, Essex County, NY this Sunday October 26th from 11:00AM to 2:00 PM. This is the first (and perhaps the only) time the silo will be open to the public. The Lewis site is the only known restored missile silo in the United States (and perhaps the world). After over 11 years of restoration the restored command control center is an amazing sight.

The silo is Boquett 556-5, an Atlas-F ICBM silo designated by the US Air Force in 1960 (local report) and also known as Lewis Missile Base.