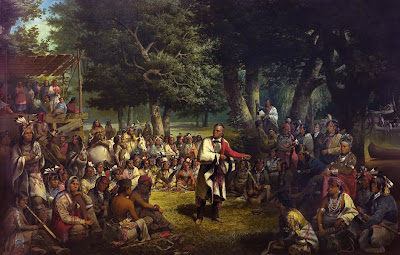 Dr. Alan S. Taylor, a renowned and award-winning author and historian, will be at the Buffalo & Erie County Historical Society‘s history museum this Saturday, November 13, 2010, at 1:30 p.m., for a talk entitled “Red Jacket and the Role of the Six Nations in the War of 1812.”

Local interest is mounting for the 2012 bicentennial of the War of 1812. In addition, the museum currently has an exhibit exploring Red Jacket in the context of John Mix Stanley’s monumental painting “The Trial of Red Jacket.” END_OF_DOCUMENT_TOKEN_TO_BE_REPLACED

The Board of Managers and Regents of the Buffalo and Erie County Historical Society has announced that it has selected Wayne D. Wisbaum, and brothers Christopher T. and Finley R. Greene, as recipients of its annual Red Jacket award. Wisbaum is an an attorney and devoted public servant, as is Christopher Greene. END_OF_DOCUMENT_TOKEN_TO_BE_REPLACED

The Buffalo & Erie County Historical Society has announced the opening of “Fact, Fiction & Spectacle: The Trial of Red Jacket.” This major exhibit centers on the colossal painting, “The Trial of Red Jacket,” by John Mix Stanley, from the museum’s collection. The show opens to the public on October 8, 2010, and runs through August 7, 2011.

The exhibit will tell the stories behind the canvas through the exploration of four major themes. These themes will include the artist, John Mix Stanley (1814-1872); the social dynamic of life on the Buffalo Creek Reservation; Native American clothing, jewelry and accessories; and the question of why Red Jacket so captured the public’s imagination.

The museum’s 1,800-square-foot Erie County Gallery will be utilized for the exhibit. Upon entering, visitors are greeted a brief introductory video, featuring WGRZ Channel 2 anchor Scott Levin; he will welcome visitors and give an overview of the exhibit.

The first section showcases the dramatic nine-foot wide painting, The Trial of Red Jacket (1862-1868). It will be gloriously draped in red velvet and lit up with period-inspired footlights; the elaborate canvas will be shown as it would have been in its heyday. Like other paintings of this period, it was more than just a painting; it was an “event” and a social document. When the painting toured around the country, people lined up to pay to see it, sometimes multiple times.

Stanley’s attention to technical detail is undeniable. Upon examination however, his manipulation of the historical record is revealed. The exhibit story pushes beyond the visual experience, exploring aspects of the painting, its creation, its content and the times during which it was made. Inaccuracies revealed by historic “detective work” pose new questions; encourage and engage visitors.

In a second video installation, the artist John Mix Stanley will be portrayed by actor Todd Benzin (with costumes by theater professional Kari Drozd). This will be shown in an interactive wall portrait. It discusses his life and times, how he marketed the painting and chromolithographs of it, creating an oral history of how the painting was perceived by the public, its importance and the drama that surrounded it.

Authentic examples of the Native American clothing and accessories depicted in the painting will be an exhibit focal point. Juxtaposing Stanley’s rendering, locally made, period reproductions of Seneca clothing will also be showcased. Interpretive text written by scholar Dr. Alyssa Mt. Pleasant, examines aspects of life on the Buffalo Creek Reservation and reveals the central figures captured on canvas. Themes of why the Reservation existed and what life was like there around 1800 will also be explored.

The last section looks into why Red Jacket himself so captured the public’s imagination and attention. Many additional portraits of him from the Historical Society and others’ collections will be included. The section also includes vintage documents, and one of the country’s most celebrated artifacts, the Peace Medal given to Red Jacket by President George Washington, a rarely displayed item.

The Buffalo and Erie County Historical Society has announced its 12th annual Paint the Town fundraising event, which takes place this year on Thursday, September 23, from 5:30 to 9 p.m.

In an updated format, the fundraiser will feature both live and silent auctions, and include a wide range of artworks by almost 60 artists with strong ties to the Buffalo region. END_OF_DOCUMENT_TOKEN_TO_BE_REPLACED

The Buffalo & Erie County Historical Society, in collaboration with co-sponsors Adrienne Rothstein Grace, Certified Financial Planner, and the Western New York Women’s Bar Association, will present “Women and Divorce: 19th Century Outrage/21st Century Strategies,” an evening of speakers on the topic of the changing rights and history of women and divorce in New York State on Thursday, August 26, at 7 p.m.
at the Buffalo & Erie County Historical Society, 25 Nottingham Court (at Elmwood Ave.).

Keynote speaker Dr. Ilyon Woo is the author of The Great Divorce: A Nineteenth-Century Mother’s Extraordinary Fight against Her Husband, the Shakers, and Her Times (Atlantic Monthly Press). The book tells the story of Eunice Hawley Chapman, whose husband left her, taking their children, and joined the Shakers, a reclusive religious sect. At the time, a married woman in her circumstances had few rights and no legal identity. Chapman sought unprecedented intervention, and fought hard for the return of her children, rallying even the State legislature. Dr. Woo will speak on the topics addressed in her book. She will also sign copies of the book, which is available in the Museum’s gift shop 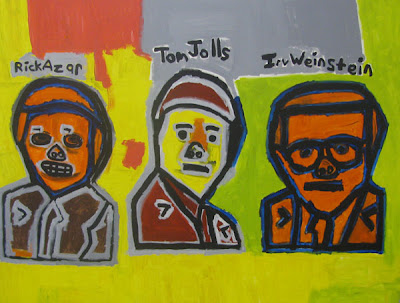 The show opened in BECHS’ second-floor Community Gallery on July 1st and will run through Sunday, August 22, 2010. The exhibit is open to the public, and free with regular museum admission. END_OF_DOCUMENT_TOKEN_TO_BE_REPLACED

The board of managers of the Buffalo and Erie County Historical Society today named Melissa N. Brown, an expert in Western New York history and the Historical Society’s director of research and interpretation, its new director. END_OF_DOCUMENT_TOKEN_TO_BE_REPLACED