The doctrine can be paraphrased in terms similar to these: “We (white men) belong to a superior race and civilization, be it in economic, military, or moral understanding. This primacy demands from us to direct and civilize the rest of humanity.” END_OF_DOCUMENT_TOKEN_TO_BE_REPLACED

This week on “The Historians” podcast, the guest is Annette Libeskind Berkovits who worked three decades at the Bronx Zoo in New York City. She helped develop that institution’s worldwide science education programs. Her new book is called Confessions of an Accidental Zoo Curator.

Listen to the podcast here.   END_OF_DOCUMENT_TOKEN_TO_BE_REPLACED 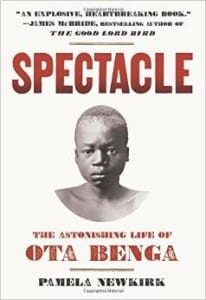 In Pamela Newkirk’s Spectacle: The Astonishing Life of Ota Benga (Amistad / Harper Collins, 2015) the award-winning journalist reveals a little-known and shameful episode in American history, when an African man was used as a zoo exhibit — a shocking story of racial prejudice, science, and tragedy in the early years of the twentieth century.

Ota Benga, a young Congolese man, was featured as an exhibit at the St. Louis World’s Fair. Two years later, in 1906, the Bronx Zoo displayed him in its Monkey House, caging the slight 103-pound, four-foot eleven-inch man with an orangutan. The attraction became an international sensation, drawing thousands of New Yorkers and commanding headlines from across the nation and Europe. END_OF_DOCUMENT_TOKEN_TO_BE_REPLACED 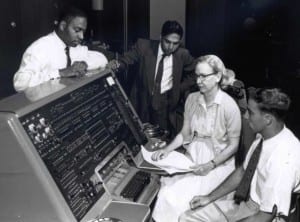 The Bronx Zoo is digitizing three dozen scrapbooks of its first director, William Temple Hornaday (from 1896 to 1926). The work is being done with a grant from the Leon Levy Foundation. The zoo director promoted habitat preservation worldwide, and the scrapbooks include letters, postcards, legal briefs, newspaper clippings and pamphlets. His involvement in the infamous Ota Benga scandal in 1906 is not recorded. Hornaday died in 1937. The collection can be found at the Wildlife Conservation Society Library and Archives website. END_OF_DOCUMENT_TOKEN_TO_BE_REPLACED