Roberta Brandes Gratz’s book It’s a Helluva Town: Joan K. Davidson, the J.M. Kaplan Fund, and the Fight for a Better New York (Bold Type Books, 2020) looks back at key moments in New York City’s development, starting with the history of the J.M. Kaplan Fund and its role in shaping the city from the Second World War to the present. END_OF_DOCUMENT_TOKEN_TO_BE_REPLACED

Newspaper headlines beginning in the mid-1960s blared that New York City, known as the greatest city in the world, was in trouble. They depicted a metropolis overcome by poverty and crime, substandard schools, unmanageable bureaucracy, ballooning budget deficits, deserting businesses, and a vanishing middle class. By the mid-1970s, New York faced a situation perhaps graver than the urban crisis: the city could no longer pay its bills and was tumbling toward bankruptcy. END_OF_DOCUMENT_TOKEN_TO_BE_REPLACED 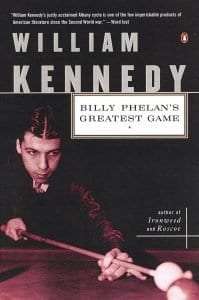 Stanford University’s Another Look Book Club is set to host a virtual discussion of William Kennedy’s Billy Phelan’s Greatest Game, the Pulitzer Prize-winning novelist’s 1978 novel about a pool hustler and poker player during the 1930s, on Friday, February 26th. END_OF_DOCUMENT_TOKEN_TO_BE_REPLACED

David Pietrusza, author of the new memoir, Too Long Ago: A Childhood Memoir. A Vanished World (2020), is set to discuss the book with Bob Cudmore, host of the The Historians Podcast on Tuesday, February 9th in a live Zoom event. END_OF_DOCUMENT_TOKEN_TO_BE_REPLACED

The new book 1774: The Long Year of Revolution (Knopf, 2020) by Mary Beth Norton keenly focuses on the sixteen months during which the traditional loyalists to King George III began their discordant “discussions” that led to their acceptance of the inevitability of war against the British Empire and to the clashes at Lexington and Concord in mid-April 1775. END_OF_DOCUMENT_TOKEN_TO_BE_REPLACED 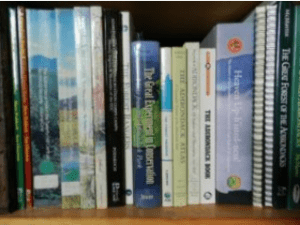 The Bloomingdale Neighborhood History Group has announced a webinar with Jim Mackin and Matthew Spady, who will discuss their new books on local history and compare notes about what it’s like to research and write a book for the first time.

Mackin and Spady will describe what first- time authorship is like, about their shared interest in local history, how they conceptualized their books and how they found a publisher. They’ll share their research methods, their writing regimen, the how-tos of fact-checking, editing and finally, promoting their books. END_OF_DOCUMENT_TOKEN_TO_BE_REPLACED 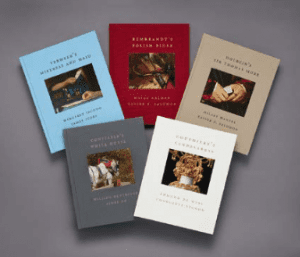 Since 2018, five titles have been published as part of the Diptych series, each illuminating a single work with an in-depth essay by a curator paired with a contribution from a contemporary cultural figure. END_OF_DOCUMENT_TOKEN_TO_BE_REPLACED

In the summer of 1978, Ed Griffin-Nolan and a friend took to the road, hitchhiking from New York to California, on to New Orleans and back home to New York.  As 2018 approached, the itch to hitch returned — but most people seemed to believe that this was now impossible. Griffin-Nolan decided to find out why nobody hitchhiked anymore. END_OF_DOCUMENT_TOKEN_TO_BE_REPLACED