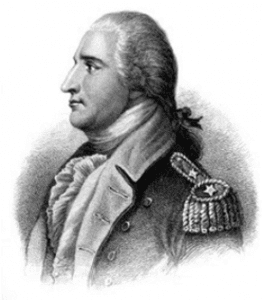 On October 9th, 1777, Nathaniel Bacheller, a militia adjutant from New Hampshire, wrote a letter to his wife, Suzanna. It was discovered by historians when it appeared on the auction site eBay this past winter and was sold to an unknown buyer for $2,925. A digital copy was downloaded and a transcript of the letter was made before it went to join the buyer’s private collection.

What the letter holds is a first-hand, historically unbiased account of the conversations, command decisions and field actions of General Horatio Gates and General Benedict Arnold during the ongoing 1777 Battle of Saratoga. END_OF_DOCUMENT_TOKEN_TO_BE_REPLACED 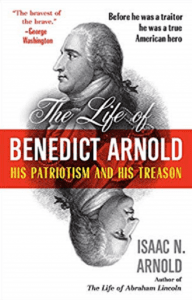 His distant realtive, Isaac N. Arnold, has a different take on the famous traitor in the book Benedict Arnold: His Patriotism and His Treason. Now republished by HVA Press, the defense of Arnold had not been available in bookstores for over a hundred years.

Isaac Arnold describes the man behind the myth. Until his attempted betrayal — which ended in failure — Arnold was recognized as “The bravest of the brave,” by George Washington, and many others.

Author Isaac Arnold was a two-term Congressman who introduced the first resolution in Congress proposing a constitutional amendment to abolish slavery in the United States. He wrote a general history of Lincoln’s abolition of slavery in 1867, and the biography of Benedict Arnold in 1880. END_OF_DOCUMENT_TOKEN_TO_BE_REPLACED

Benedict Arnold is an intriguing figure. He was both a military hero who greatly impacted and furthered the American War for Independence with his bravery on the battlefield and someone who did something unthinkable: he betrayed his country.

In this episode of Ben Franklin’s World, Stephen Brumwell, an award-winning historian and the author of Turncoat: Benedict Arnold and the Crisis of American Liberty (Yale University Press, 2018), joins us to explore the life and deeds of Benedict Arnold and Arnold’s stunning metamorphosis from hero to traitor. END_OF_DOCUMENT_TOKEN_TO_BE_REPLACED

In this episode of Ben Franklin’s World: A Podcast About Early American History, National Book Award-winner Nathaniel Philbrick joins us to explore the two events he sees as better turning points in the American War for Independence: Benedict Arnold’s treason and the French Navy’s participation in the war. You can listen to the podcast here: www.benfranklinsworld.com/208

END_OF_DOCUMENT_TOKEN_TO_BE_REPLACED 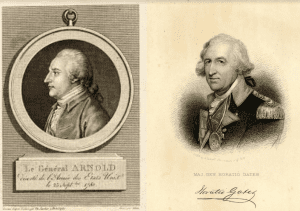 The event starts at 6:30 pm, with time for socializing and networking followed by the program at 7 pm. The event will be held at Siena College, 515 Loudon Rd, Albany, in the Roger Bacon Building, Room 202, also known as Key Auditorium. END_OF_DOCUMENT_TOKEN_TO_BE_REPLACED