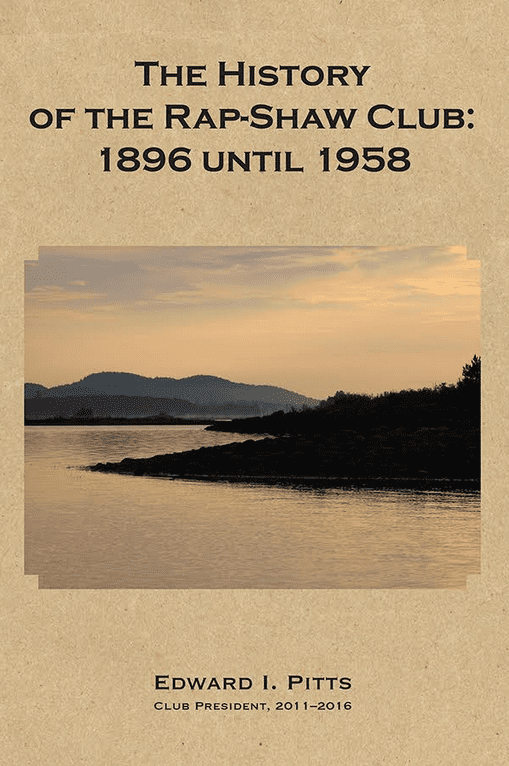 Founded in 1896, Rap-Shaw has continuously existed in the Beaver River country of the west central Adirondacks for what is believed to be longer than any other institution in that region. It has had rustic camps at Witchhopple Lake, Beaver Dam Pond, and since 1940 on Williams Island in the Stillwater Reservoir. It has outlived all the earliest settlements of the area, outlived Webb’s great camp Nehasane, and the passenger railroad that originally brought its members to the wilderness. Pitts offers an epic tale of adventure, wilderness recreation and the work required to build and maintain a voluntary organization during changing times. END_OF_DOCUMENT_TOKEN_TO_BE_REPLACED

Jessie Elliott was a unique figure in the history of the Beaver River country in the west central Adirondacks. Visitors to the tiny settlement of Beaver River are still told she went to prison for her role in the bootlegging that was rampant in the lumberjack days of the early 1920s. She is listed among the “lawless ladies” in Niki Kourofsky’s recent book, Adirondack Outlaws. Pat Thompson’s memoir about life in Beaver River claims Jessie rode her steed through the settlement with her long hair flowing and a pistol in a holster on her belt. More fantastic stories about Jessie can be found in Bill Donnelly’s Short History of Beaver River where she is described, among other things, as a good-looking Calamity Jane, a bootlegger, and a prostitute. The truth underlying the legends reveals a much more complex and interesting wilderness woman. END_OF_DOCUMENT_TOKEN_TO_BE_REPLACED

Settlement came slowly to the upper Beaver River valley in the west central Adirondacks. John Brown Francis, governor of Rhode Island and grandson of John Brown, the original titleholder, built the first road from Lowville to Number Four in 1822 with the hope of starting a village there. To spur settlement he gave 100 acres each to the first ten families willing to clear the land and establish farms. A number of pioneers moved in, the first of which was a man named Orrin Fenton who arrived in 1826. By 1835 there were about 75 residents. Gradually all attempts at farming failed. By 1864 the settlement of Number Four was nearly deserted. END_OF_DOCUMENT_TOKEN_TO_BE_REPLACED

This week on “The Historians” podcast, Lynn Herzig describes life in a hamlet on New York’s Tug Hill Plateau over fifty years ago. Herzig is author of Where’d you go? Out! What’d you do?  Nothing! Unique memories of growing up in Beaver Falls, NY during the 1950s.

Listen to the podcast here.    END_OF_DOCUMENT_TOKEN_TO_BE_REPLACED

It was the summer retreat of wealthy and influential families from Syracuse, Utica and to a lesser extent from throughout New York State. The decision to enlarge the Stillwater Dam and create today’s Stillwater Reservoir utterly destroyed this glittering outpost in the wild. Here is its story. END_OF_DOCUMENT_TOKEN_TO_BE_REPLACED