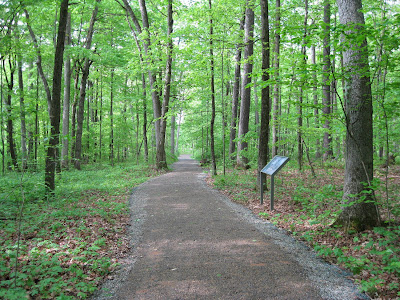 Officials from Saratoga National Historical Park promised quick action in the wake of Labor Day weekend vandalism in the Victory Woods section of the park. Vandals etched a swastika into an interpretive panel which featured a story about early Native Americans who once occupied the site. The recently installed panel is valued at $750.

Since the Victory Woods site was opened in June, park law enforcement rangers have encountered other minor acts of vandalism. Park Superintendent Joe Finan directed park law enforcement staff to increase patrols of the area. “This is not acceptable behavior in a national park—or any public place,” Finan said. We will take swift and sweeping action to prevent the area from future vandalism.”

Headquarters for Saratoga National Historical Park is located at 648 Route 32 in Stillwater, NY and the park’s website is www.nps.gov/sara

On Saturday and Sunday from 10am to 4pm, September 18-19, 2010, Saratoga National Historical Park, located on Routes 32 and 4 in Stillwater, will present an 18th century living history encampment marking the 233rd anniversary of the “most important battle of the last 1000 years.”

On Saturday evening at 6:30pm, come to the American camp (tour road stop 2) to see British actor Howard Burnham give a hilarious and insightful portrayal of British General John Burgoyne. An encore performance of his program will be given at the park Visitor Center at 2pm on Sunday.

This 2-day long encampment will surround visitors with the sights, smells, and sounds of military camp life from the American Revolution. Dozens of re-enactors portray American and British soldiers, officers, and camp followers, as well as American Loyalists and Oneida Indian allies of American independence. Events will include a court-martial and that decides a soldier’s fate, musket drill, stories of the revolutionary war experience. Visitors will experience the roar of cannons, smell the acrid smoke of musket fire as well as the welcoming wisps of camp cooking fires.

The event is free, but the normal entrance fee to the park of $5 per car (good for one week entry) is charged. For more information about this or other events, please call the Visitor Center at 518-664-9821 or check the park website at www.nps.gov/sara.

Join one or all hikes in a series of free two-hour guided walks at 9:00am on Friday and Wednesday mornings at Saratoga National Historical Park, located on Route 32 and 4 in Stillwater. Participants should be able to walk at least two miles over uneven ground. Please meet in the visitor center, and bring insect repellant and drinking water.

Wednesday, August 11, 9:00 AM: “Why Saratoga?”
Why did the American forces choose to stand and fight here?

Explore the history and scenery of Saratoga National Historical Park, located on Route 32 and 4 in Stillwater, by joining a Park Ranger for free guided bike tours of the battlefield at 6:00pm to 7:30pm on Wednesday July 21 and Wednesday August 18. Participants will meet at the flagpole at the Visitor Center parking lot. Because the rides are weather dependent, call the park at 664.9821 ext. 224 by 4:30pm to learn the bike ride status.

Touring the battlefield by bicycle combines the relaxation of fresh air, fantastic scenery, and the experience of touching history. These guided bike tours will cover various sections of the Battlefield, giving riders a unique opportunity to learn about the Battle of Saratoga and the history of the park, all while breathing in the ambience of a rural summer evening.

Helmets are required for riders 14 and under, and are recommended for all riders. Please bring water and wear insect repellant.

For more information about the bike rides or other programs at Saratoga National Historical Park—the national park in your own backyard—call the Visitor Center at 518-664-9821 ext. 224 or check the park website at www.nps.gov/sara.

Tomorrow, Saturday, June 5 at 11am, at Saratoga Monument on Burgoyne Street in the Village of Victory, Saratoga National Historical Park will host a grand-opening of “Victory Woods”, a new park site featuring a fully accessible boardwalk trail just south of Saratoga Monument. After opening remarks, there will be a guided hike, a reception with dozens of community organizations and light refreshments.

The 22-acre parcel now called Victory Woods, was donated to the park from Victory Mills Packaging in the 1970s, but could not be developed until 2005 when the park secured a management plan and necessary funding. Since then, the park moved ahead with archeological and landscape assessments, research, public workshops, design and construction plans. The park worked closely with the Prospect Hill Cemetery Association and the Village of Victory – two vital partners that provided access to link the site with the Saratoga Monument.

One of the most attention-grabbing findings during archeology work were artifacts found from indigenous peoples between 5,000 and 8,000 years ago, yet remains from the 1777 British occupation were lost to archeological looting over the years. The loss of this archeological record is significant, although archival documents from the period were extensively researched resulting in a series of exhibit panels that paint a vivid picture of the final days of the British Army in Victory Woods.

The event will kick off with comments by local officials, a ranger talk about the site’s dramatic history and ribbon cutting. Then participants will join park rangers for a walk along the 1-mile round-trip trail. A bus will be available to bring visitors with special mobility needs to the accessible boardwalk section of the trail. Both groups will meet there for a ribbon cutting of the accessible boardwalk trail section.

After June 5, the trail will be open daily from dawn to dusk and occasional ranger-guided walks will be scheduled throughout the summer. Soon, the trail will also link with the Champlain Canal Trail and other developing trails in the area. For more information, please contact the Visitor Center by calling 518-664-9821 ext. 224, or check the Park website at www.nps.gov/sara 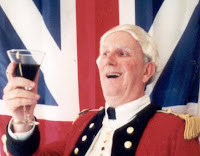 This Friday, September 18th the Friends of the Bennington Battle Monument will host an evening with Major General John Burgoyne who will give a humorous, rueful and accurate account of “what went wrong” in 1777. Burgoyne was sent to put an end to the rebellion in the colonies and secure the Lake Champlain and Hudson River corridor for England. His loss at the Battle of Bennington in August led to his ultimate defeat and surrender at Saratoga, the turning point in the American Revolution.

“Gentleman Johnny” Burgoyne is portrayed by Howard Burnham, an English-born actor, author, educator and museum curator, touring the area on a journey to Saratoga and Fort Ticonderoga. Howard’s acclaimed one-man shows have played throughout England and have been on the BBC. His fully costumed dramatic monologues/lectures-in-character with Power Point last approximately 45-50 minutes. This is history with humor, a program that can be enjoyed by all ages.

The presentation, sponsored by the Friends of the Monument, will take place on September 18th at 7:30 p.m. in the Old First Church Barn on Monument Circle. It is free and open to the public, light refreshments will be served. For further information contact the Bennington Battle Monument at (802) 447-0550, information on Howard Burnham can be found on his website www.HowardBurnham.com.