The 2017 Greater Hudson Heritage Network’s Awards for Excellence winners have been announced. The program seeks to recognize and commend exceptional efforts among GHHN members. Awards are made to projects that exemplify creativity and professional vision resulting in a contribution to the preservation and interpretation of the historic scene, material culture and diversity of the region.

The awards will be presented at the GHHN The Art of History Annual Conference on October 10, 2017 at Bard College, Annandale-On-Hudson, New York. END_OF_DOCUMENT_TOKEN_TO_BE_REPLACED 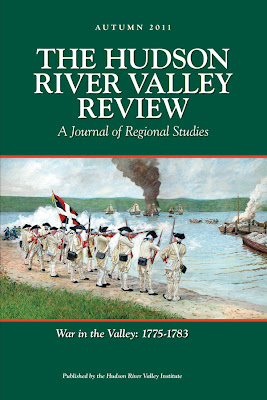 While our website allows us to be as expansive as our associates and interns are interested in being, it is the journal that I find most rewarding with its approximately 150 pages per issue that forces us to focus our interests and energies into a concise product every six months. The Hudson River Valley Review is published each spring and autumn, alternating between thematic and open issues. END_OF_DOCUMENT_TOKEN_TO_BE_REPLACED

The Bard Graduate Center and the American Museum of Natural History announce a Research Fellowship in Museum Anthropology. The fellowship provides support to a postdoctoral investigator to carry out a specific project over a two-year period. The program is designed to advance the training of the participant by having her/him pursue a project in association with a curator in the Division of Anthropology at the American Museum of Natural History (AMNH). The Fellow will also be expected to teach one graduate-level course per year at the Bard Graduate Center (BGC). The Fellow will thus be in joint residence at BGC and AMNH. The fellowship includes free housing.

A major purpose of the BGC-AMNH Research Fellowship in Museum Anthropology is to promote mutual scholarly interest and interaction among fellows, BGC faculty and students, and AMNH staff members. Candidates for Research Fellow are judged primarily on their research abilities and experience, and on the merits and scope of the proposed research.

Candidates with a research interest in the History of Collecting for Anthropology Museums are especially encouraged to apply for the 2010-12 fellowship. The successful candidate will have the opportunity to develop a research program drawing from the Asian Ethnographic Collections at the AMNH. We wish to encourage scholarly investigation of how objects move from the sacred and particular to the market, and of the collecting process and the role of collectors, whether scholars, missionaries or dealers.

Application Procedures: Interested researchers should send a statement of research accomplishments and intentions, curriculum vitae including list of publications, and three letters of recommendation to Research Fellowship Competition, Bard Graduate Center, 18 W.86th Street, New York NY 10024, USA. Research Fellowship applications must be postmarked by December 15. At this time, applications are not accepted by fax or e-mail.

Beginning tonight, there will be a series of events, lectures, and an exhibit realting to aspects of the Collegiate Church. The events feature an exhibit about far east trade curated by Marybeth dePhilippis of New-York Historical Society, lectures on Everardus Bogardus (1607-1647) (the second minister of the Dutch Reformed Church in New Amsterdam), the role of women in 17th Century Dutch culture, the archeology of new Amsterdam, and Leisler’s Rebellion and the Collegiate Church. The West End Church and the Marble Collegiate College were both founded in 1628 by Dutch settlers.

Lecture: (September 24 at 6 p.m.) “A Dutch Mystic in the New World: Reverend Everardus Bogardus (1607-1647) and His Callings”. The second minister of the Dutch Reformed Church in New Amsterdam, Bogardus will be reprised by Prof. Willem Frijoff, Emeritus professor of history at Free University (Amsterdam) who has written the definitive biography of Dominie Bogardus, and Dr. Firth Haring Fabend, fellow of the Holland Society and author of Zion on the Hudson (about the Reformed Church after the English occupation).

Lecture: (October 1 at 6 p.m.) “Women of the Dutch Golden Age”, a talk on the role of Women in 17th Century Dutch Culture by Els Kloek, Associate Professor at Utrecht University and editor-in-chief of Dictionary of Dutch Women.