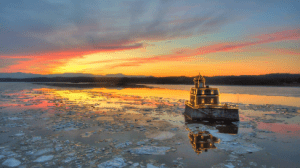 Work includes replacing its flat roof, mansard slate side roofs, gutters, and downspouts, all designed to eliminate damaging, ongoing water intrusion. In addition, a new staircase from the dock up to the building’s deck will increase and expand access and safety. Installation of an upgraded marine toilet and cistern repairs are also part of plan. END_OF_DOCUMENT_TOKEN_TO_BE_REPLACED

Women won the right to vote in New York State in 1917, but the story really began much earlier and with particular fervor in the mid 19th century.

In the 1840’s, upstate New York was a hotbed of radicalism. The “Second Great Awakening” brought with it spiritual revivalism, penal and education reforms, abolitionism and the temperance and women’s right movements. This turbulent atmosphere of ideas and events was not unlike the cultural upheaval of the 1960s.

In 1848 Elizabeth Cady Stanton, Lucretia Coffin Mott and several other women gathered around a tea table in Waterloo, New York and drafted the “Declaration of Sentiments” based upon the Declaration of Independence. By inserting into the text that women, as well as men, were created equal, they renewed the revolution that was started seventy two years earlier in 1776. The protracted and arduous road to women’s right to the elective franchise took until 1917 to be realized in New York State and not until 1920 in the entire United States. END_OF_DOCUMENT_TOKEN_TO_BE_REPLACED 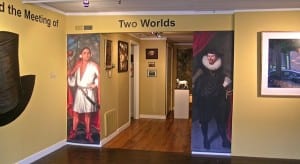 Imagine it is 1665. The place is the wilderness along the banks of the river whose “waters flow both ways.” The native inhabitants are the Mohicans, the newcomers wishing to settle and trade are the Dutch. Exactly 350 years ago a deed was signed for the land the Mohicans called Caniskek, a place that would change forever and evolve into the present day town called Athens, New York. END_OF_DOCUMENT_TOKEN_TO_BE_REPLACED