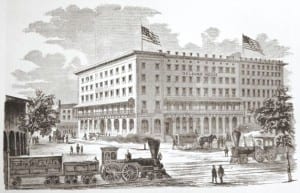 Edward Delavan was born in Westchester County, NY, in 1793. His father died when Edward was eight and he and his mother, brother, and two sisters moved to Albany. Edward began work in a printer’s office at 13 years of age and after several years, left to work at his brother’s hardware store. While at the hardware store, he began selling wine, which proved very successful. END_OF_DOCUMENT_TOKEN_TO_BE_REPLACED