Water Week is designed for the general public to learn about our freshwater resources and discover ways to take action to protect Adirondack lakes and streams. END_OF_DOCUMENT_TOKEN_TO_BE_REPLACED

Adirondack scientist, photographer, and conservation advocate Brendan Wiltse has joined Paul Smith’s College as Visiting Assistant Professor with its new Masters of Science program and Water Quality Director with the college’s Adirondack Watershed Institute (AWI). Wiltse is a graduate of Paul Smith’s College and earned his Ph.D. from Queen’s University in Ontario. END_OF_DOCUMENT_TOKEN_TO_BE_REPLACED 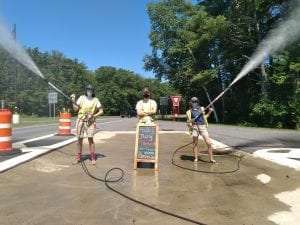 The Adirondack Region had already been experiencing increased tourism even before the current pandemic. This summer’s excellent weather has given a further boost to visitor numbers, even as the closed border keeps Canadian tourists home.  END_OF_DOCUMENT_TOKEN_TO_BE_REPLACED 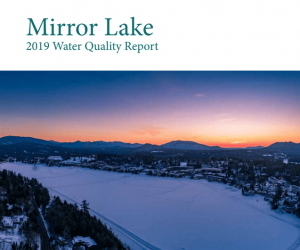 The lake has apparently stop its natural mixing in the spring, a issue first documented in 2017. During February and March of 2019, the highest chloride concentrations documented so far were observed. END_OF_DOCUMENT_TOKEN_TO_BE_REPLACED