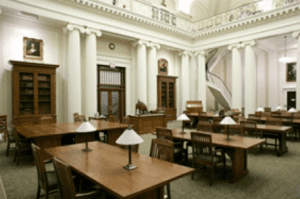 The New-York Historical Society is now accepting applications for its fellowship program for the 2020–2021 academic year.

Leveraging its rich collections that detail American history through the lens of New York City, New-York Historical’s fellowships are open to scholars at various times during their academic careers and help provide the resources and community to develop new research and publications that illuminate complex issues of the past. END_OF_DOCUMENT_TOKEN_TO_BE_REPLACED

The oldest and largest society of historians and professors of history in the United States, the American Historical Association (AHA), has issued a statement condemning “the recent deployment of histories invented in the interest of bigotry, violence, and division.”

“If the statements of white nationalists do not reflect who Americans are or want to be,” the statement says, “they do compose an undeniable part of our collective past. Those aspects of the nation’s heritage should be exposed and overcome, rather than ignored or celebrated. Knowledge of history can help Americans achieve that goal.”
END_OF_DOCUMENT_TOKEN_TO_BE_REPLACED

This donor-supported program honors the New York State Archivist who managed the dramatic development of the State Archives between 1981 and 1995. END_OF_DOCUMENT_TOKEN_TO_BE_REPLACED 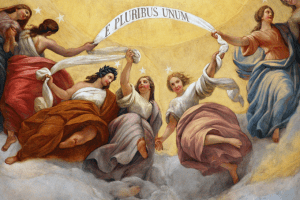 This years conference will examine Cooper within this tension between native purity and immigrant amalgamation.

Organizers have announced they are seeking papers that address the role of Cooper and his contemporaries in forging an American identity out of the cultural mixture of overlapping empires and immigration. END_OF_DOCUMENT_TOKEN_TO_BE_REPLACED

The most anticipated change at the journal, which is under new stewardship of Cornell University Press collaborating with the New York State Museum, is a welcome return to the past. The journal, after being a digital-only publication since 2012, will return to glorious print. Readers will be able to peruse bound paper issues and consult PDF and reflowable e-journals as their interests and reading needs determine. We know that paper and screens have their respective and complementary places in our reading lives, and the editors of the journal have ensured that all readers will have a choice of formats. END_OF_DOCUMENT_TOKEN_TO_BE_REPLACED 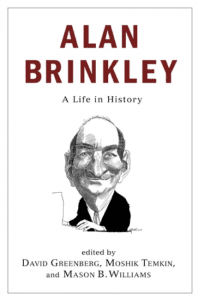 The volume includes essays by critic Frank Rich, journalists Jonathan Alter and Nicholas Lemann, biographer A. Scott Berg, and historians Eric Foner and Lizabeth Cohen. Together, the seventeen essays that form the book chronicle the life and thought of a working historian, the development of historical scholarship in our time, and the role that history plays in our public life. END_OF_DOCUMENT_TOKEN_TO_BE_REPLACED 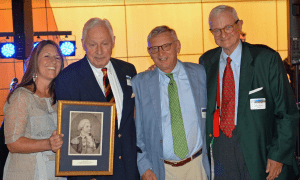 The award was given in recognition of Dr. Muller’s support and leadership as a Board member on The Fort Ticonderoga Association and his life-long contributions to the field of history. END_OF_DOCUMENT_TOKEN_TO_BE_REPLACED

Published since 1927, the Bulletin has been a resource for historians, scholars, and the public for over 90 years, publishing a wide range of articles on North American military history. After a 15-year hiatus, The Bulletin returned to print in 2016 as an illustrated, annual publication and, with the 2019 issue, will become a peer-reviewed journal. END_OF_DOCUMENT_TOKEN_TO_BE_REPLACED

A post here on The New York History Blog last December summarized the work of University of Richmond historian Edward Ayers, who has been proactive in getting history out to the public.

Ayers served as president of the Organization of American Historians, 2017-2018, and in April, at the OAH’s annual meeting, delivered his presidential address, “Everyone Their Own Historian.”

You can see a video of his speech at the OAH website. It is useful because it goes into some of the same issues that the historical enterprise here in New York is confronting. END_OF_DOCUMENT_TOKEN_TO_BE_REPLACED 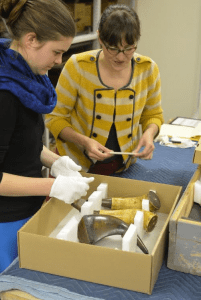 Four graduate students from across the United States have been awarded the 2017 Edward W. Pell Graduate Fellowships at Fort Ticonderoga.

This program runs from June 12 to August 18 and will provide the students with practical, hands-on experience, working with the staff on cutting-edge programs and research.

This year’s Fellows will help lay the ground work for exhibitions, programs, and educational initiatives to be offered to the public in 2018. END_OF_DOCUMENT_TOKEN_TO_BE_REPLACED