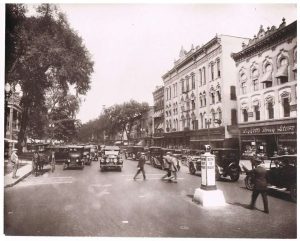 Saratoga Springs Preservation Foundation will host “The Streets Where You Live,” a virtual program highlighting the history behind the names of many streets in Saratoga Springs, set for Thursday, February 2nd. END_OF_DOCUMENT_TOKEN_TO_BE_REPLACED 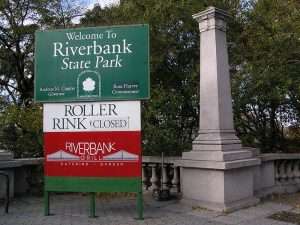 The most-visited state park in New York City is getting a much-needed update. This project will include the renovation of all locker rooms, resurfacing the outdoor track and replacing the turf field, and upgrading the heating and ventilation system in the performing arts center at Denny Farrell Riverbank State Park in West Harlem . END_OF_DOCUMENT_TOKEN_TO_BE_REPLACED 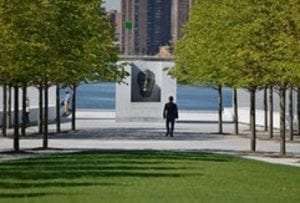 At the State Of The State Address on January 10, 2023, New York State Governor Kathy Hochul introduced an ambitious response to climate change. Largely ignored in the reporting over those efforts is a plan to switch State Parks to 100 percent renewable energy by 2030. END_OF_DOCUMENT_TOKEN_TO_BE_REPLACED

A little more than a century ago, a horrendous description of an Adirondack village appeared in newspapers, including the Mail and Express published in New York City. At issue was the placement of a yet-to-be-built tubercular sanitarium. Feelings ran so high at the time, you’d swear they were selecting the next Supreme Court justice. But taking sides is nothing new, as proved by use of the written word back then to describe one of the candidate locations. As you’ll see, it’s hard to believe they were talking about the same place. END_OF_DOCUMENT_TOKEN_TO_BE_REPLACED 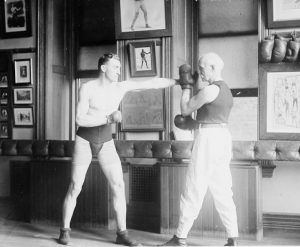 Pugilistic champions of other days and of the present time passed in rapid review before a crowd of 2,500 sports in the Broadway Athletic Club last night. There was a rare galaxy of them. END_OF_DOCUMENT_TOKEN_TO_BE_REPLACED 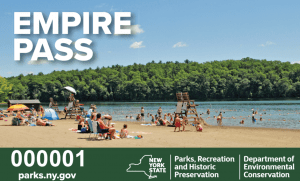 New York State Parks has announced that existing Empire Pass-holders can renew and reuse their current pass for a single or multi-season pass and enjoy a discount. END_OF_DOCUMENT_TOKEN_TO_BE_REPLACED 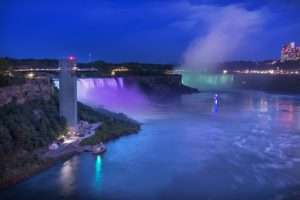 The currently-closed Niagara Gorge Discovery Center is becoming Great Lakes 360, in partnership with the Aquarium of Niagara. Great Lakes 360 will tell the ecological story of the region through accessible exhibits, highlighting the wildlife of the Niagara River and the larger Great Lakes ecosystem while celebrating the area’s unique geological history. END_OF_DOCUMENT_TOKEN_TO_BE_REPLACED

In this episode of Ben Franklin’s World, Nancy Rubin Stuart, an award-winning historian and journalist and author of Poor Richard’s Women: Deborah Read Franklin and the Other Women Behind the Founding Father (Beacon Press, 2022), joins Liz Covart to investigate the private life of Benjamin Franklin by using the women in his life as a window on to his experiences as a husband, father, and friend. END_OF_DOCUMENT_TOKEN_TO_BE_REPLACED 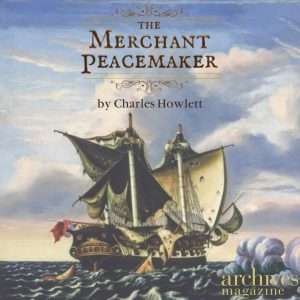 And then, just before he was about to discharge his pistol, he recognized the suspected intruder as the innkeeper who had come to prepare the room for other guests. END_OF_DOCUMENT_TOKEN_TO_BE_REPLACED 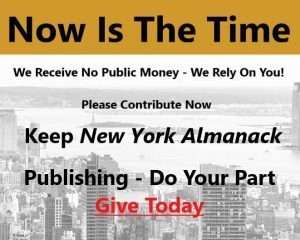 New York Almanack delivers to you each day. We receive no public funds – we’re supported only by readers like you.