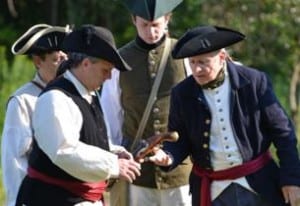 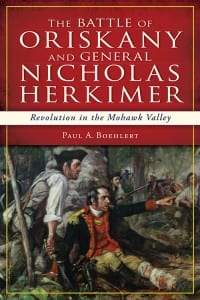 During the critical Battle of Oriskany in August 1777, Continental forces led by General Nicholas Herkimer defeated the British army under St. Leger in the heart of New York’s Mohawk Valley. It was a hard-won victory, but he and his troops prevented the British from splitting the colonies in two.

In The Battle of Oriskany and General Nicholas Herkimer: Revolution in the Mohawk Valley (History Press, 2013), Paul Boehlert presents a gripping account of the events before, during and after this critical battle. END_OF_DOCUMENT_TOKEN_TO_BE_REPLACED 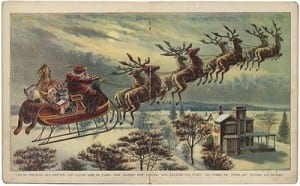 Ignoring the holiday that most of her friends and family celebrated, Susan set out, not on a train or stagecoach. Just like Santa, she chose a sleigh, pulled not by reindeer but by horses. Just like Santa, she had vast goals in mind, which seemed as miraculous as those he pursued. Yet Susan’s trip would last far longer than twenty-four hours. She planned to visit each of New York’s 54 counties and take four months to do so. END_OF_DOCUMENT_TOKEN_TO_BE_REPLACED 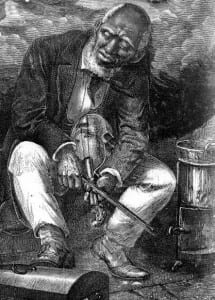 In his 1853 autobiography however, Northup wrote that prior to moving to Saratoga he had performed: “Wherever the young people assembled to dance, I was almost invariably there.” He attained some renown in Washington County, since: “Throughout the surrounding villages my fiddle was notorious.” END_OF_DOCUMENT_TOKEN_TO_BE_REPLACED

The starting point for this investigation is an article which appeared on September 12, 2012 just after the summer launch in August entitled “New York State’s Curious, Century-Old Law Requiring Every City and Town to Have a Historian” by Amanda Erickson in The Atlantic Cities. END_OF_DOCUMENT_TOKEN_TO_BE_REPLACED 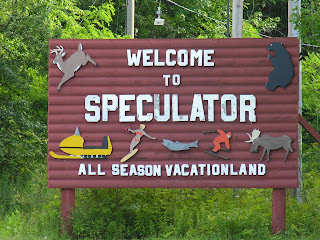 Though Ernest Duane had eventually admitted killing popular Lake Pleasant guide Eula Davis, there was no guarantee he would be found guilty in court. The defense focused on proving Duane’s supposed mental abnormalities, which they claimed had been exacerbated by the lonely life of a woodsman who often spent long months alone. It seemed a weak argument at best, but then came the kicker: Duane’s epilepsy, seized upon by his attorneys in a strategy described as the “dream defense.” END_OF_DOCUMENT_TOKEN_TO_BE_REPLACED

Many of us are familiar with the state law that requires municipalities to appoint historians, and as Gerry Smith has pointed out, NYS County Law, section 400, also requires counties to make similar appointments. Many counties and many municipalities comply with these laws. Many don’t. But that’s not what’s at stake here. END_OF_DOCUMENT_TOKEN_TO_BE_REPLACED 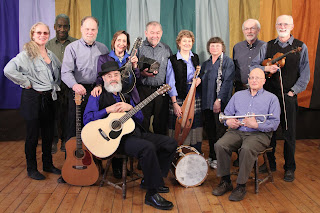 Four Seasons, Four Years is a new Old Songs production featuring eleven singers and musicians from the Adirondacks performing a selection of songs extant in America between 1850 and 1865. This performance takes place at View (the former Old Forge Arts Center) this Saturday, September 29, 2012 at 7:30pm.

The show includes both popular songs of the period as well as songs composed in response to the Civil War itself and events leading up to it. The songs are interspersed with historical narrative specific to New York State and the New York Volunteer Regiments.

Old Songs’ presentation of Four Seasons, Four Years – The Civil War: A Musical Journey brings the songs and sounds of the Civil War back to life without stinting on the truth, the tragedy and the horror. Selections from letters, historical papers and soldier’s diaries are read between the musical passages, creating a seamless flow of narration and song.

The cast of singers and musicians include Greg Artzner, Dan Berggren, Betsy Fry, Steve Fry, Reggie Harris, Terry Leonino, John Roberts, Bill Spence, Toby Stover, Susan Trump and George Wilson. All known in their own right as fine working musicians, they have joined forces to present this unique show in observance of the 150th anniversary of the Civil War.

The production has been produced, compiled and directed by Old Songs, Inc. Executive Director Andy Spence in collaboration with the musicians. View their website at www.oldsongs.org  to learn more. 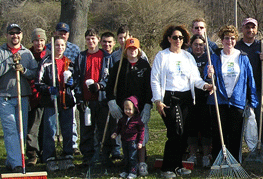 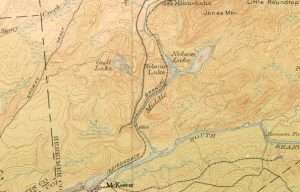 On May 9, 1903, a seemingly minor error led to a terrible Adirondack railroad accident near Old Forge. About seven miles south on Route 28 was Nelson Lake siding (a side rail, or pullover) on the Mohawk & Malone Railroad (an Adirondack branch of the New York Central Railroad). A little farther down the line from Nelson Lake was the village of McKeever.

That fateful day started like any other. From Malone, New York, about 90 miles northeast of Nelson Lake, train No. 650 (six cars) was heading south on its route that eventually led to Utica. At around 8:00 that morning and some 340 miles south of Malone, train No. 651 of the Adirondack & Montreal Express departed New York City. At 1:05 pm, it passed Utica, beginning the scenic run north towards the mountains. END_OF_DOCUMENT_TOKEN_TO_BE_REPLACED