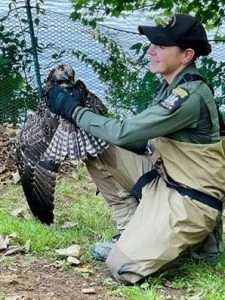 What follows is a report, prepared by DEC, of recent missions carried out by Forest Rangers. END_OF_DOCUMENT_TOKEN_TO_BE_REPLACED 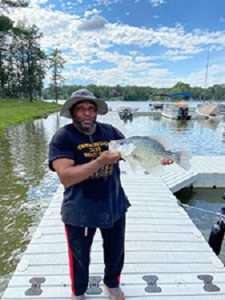 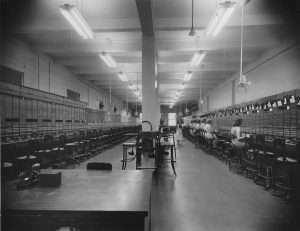 By March 21, 1965, the project would be complete, and dial telephone service — long taken for granted in most parts of the country — would finally become a reality for the majority of residents. END_OF_DOCUMENT_TOKEN_TO_BE_REPLACED

They are too young to know
how they are fourth-generation
Mountain vacationers, born
Into well-knotted traditions
Like those family expressions
Passed down these generations
Seated around campfires or
Tramping well-marked trails to
Cherished backwoods haunts
Displayed in visual memories
Like classics in art museums
With no comfy gallery benches
But unlike Great Masters’ works,
Campfire smoke does not dull but
Gloss them by olfactory memory.

The arrival of these “Poor Palatines” caused a rise in opposition to immigration in England. Most were quickly sent to Ireland, but nearly 3,000 were sent on 10 ships to the colonial Province of New York (a group about a third the size of the population of the city of New York at that time). END_OF_DOCUMENT_TOKEN_TO_BE_REPLACED 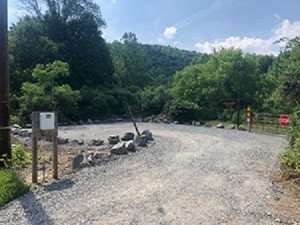 The Region 7 DEC Operations crew in Kirkwood, NY, with assistance from Fisheries and Real Property staff, recently completed a new Fishing Access Site on Nanticoke Creek south of the Village of Maine just off NYS Route 26 in Broome County. END_OF_DOCUMENT_TOKEN_TO_BE_REPLACED

On the August 2021 episode of “Crossroads of Rockland History,” we turned our attention to the history scavenger hunt happening in Tappan, NY – now through 8/31/21. Carol LaValle, from the Tappantown Historical Society, appeared to discuss the details surrounding this fun, educational and family-friendly event, co-sponsored by the Tappan Library. END_OF_DOCUMENT_TOKEN_TO_BE_REPLACED