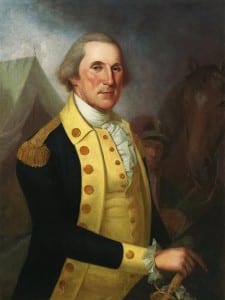 Last week, I summarized the medical issues of a military and political figure in the American colonial period: George Washington (1732 – 1799). Today, I’ll describes briefly how each of those issues was treated.

At the time of the American Revolution, the biggest menace wasn’t the enemy in red coats – it was disease. Despite a rapidly expanding urbanization in the American colonies, virtually nothing was known about food, aerosols, close contact, fleas and mosquitoes as the sources of contagion. Without any protective measures or effective treatments, any day could bring a debilitating and often fatal illness to anyone, and sometimes to a whole family. Life – in a word – was tenuous. END_OF_DOCUMENT_TOKEN_TO_BE_REPLACED

We learn much about diseases in the 18th century and the way they were treated by looking at a well-documented case history.

The soldier and statesman described here lived a long life but had to endure many serious medical issues. While he was an ‘out-of-stater’, he was in New York for many years during the Revolutionary War and through the first critical years of the founding of a new government. END_OF_DOCUMENT_TOKEN_TO_BE_REPLACED