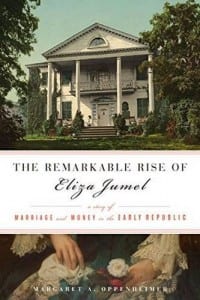 Margaret Oppenheimer’s splendid book, The Remarkable Rise of Eliza Jumel: Marriage and Money in the Early Republic (Chicago Review Press, 2015), takes readers along on a tale of intrigue, scandal and innuendo. Far from a steamy beach read featuring men in white wigs, this meticulously-researched tale paints a detailed and scholarly portrait of New York City and the way in which the city’s growth provided fertile ground for the ambitions of its heroine. END_OF_DOCUMENT_TOKEN_TO_BE_REPLACED 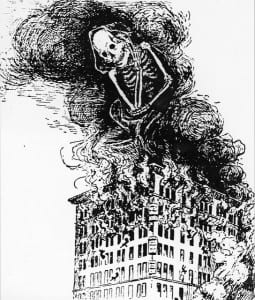 In his short novel, Washington Square, Henry James wrote about New York women of the Gilded Age; elegant ladies who strolled the sidewalks of the city’s shopping district, Ladies’ Mile.

These New York women admired window displays of shirtwaists, an elegant button-down blouse with rows of tiny and elaborate tucks. The shirtwaist was favored by New York women as a symbol of chic modernity. But the silhouette of fashionable ladies came at a price paid by their downtrodden sisters, immigrant women living in the city’s tenements. These newest New York women worked long hours for low wages in the city’s notorious sweatshops. END_OF_DOCUMENT_TOKEN_TO_BE_REPLACED