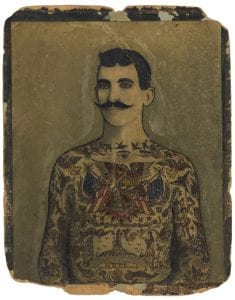 In celebration of the restoration currently underway in the South Street Seaport Museum’s flagship, the museum has announced its second post-Hurricane Sandy exhibition, The Original Gus Wagner: The Maritime Roots of Modern Tattoo beginning on January 29, 2017, open Wednesday to Sunday 11 am to 5 pm, at the Museum’s mezzanine gallery level, accessible from the main entrance of the Museum on 12 Fulton Street.

An Opening Reception with Live Tattoo Demonstration and a Silent Auction will be held Saturday, January 28, 2017 from 6 to 8 pm, RSVP required. Click here for reservation info. END_OF_DOCUMENT_TOKEN_TO_BE_REPLACED

The New York State Department of Taxation and Finance is reminding students that they get a tax break when they buy required or recommended college textbooks for their courses. The textbooks can be purchased from any bookstore, including college or university bookstores, retail bookstores, by mail order, or online. END_OF_DOCUMENT_TOKEN_TO_BE_REPLACED 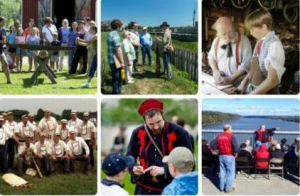 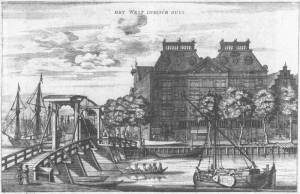 The New York State Tourism Industry Association has released a summary of the tourism initiatives contained in the Governor’s policy briefing book. The proposals are as follows: END_OF_DOCUMENT_TOKEN_TO_BE_REPLACED 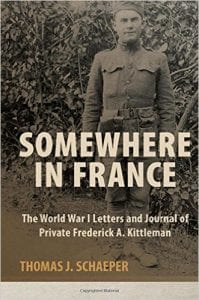 The United States entered World War I in April 1917, and by the end of the conflict two million American soldiers were fighting on French soil.  One of them was Private Frederick A. Kittleman. In Somewhere in France: The World War I Letters and Journal of Private Frederick A. Kittleman (Excelsior Editions, 2017), Thomas J. Schaeper transcribes journal entries and letters, showing a young man proud to join the army and excited about his adventures.

The letters are contrasted with Kittleman’s journal, which recounts the gritty details of battle that he shielded from his family in their correspondence. Schaeper provides detailed annotations of the journal and letters, which, together with a number of illustrations, paint a picture of the experiences of a private in WWI, his opinion on America’s participation in the final, bloody campaigns of the war, and the psychological and physical effects that the war had on him. END_OF_DOCUMENT_TOKEN_TO_BE_REPLACED 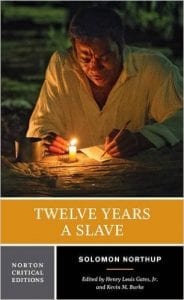 Twelve Years A Slave (W.W. Norton Critical Edition, 2017) offers the autobiography of Solomon Northup, based on the 1853 first edition. It is accompanied by Henry Louis Gates, Jr. and Kevin Burke’s introduction and detailed explanatory footnotes.

Solomon Northup was a New York State-born free African-American man who was kidnapped in Washington, DC, in 1841 and sold into slavery. Northup worked on plantations in the state of Louisiana for 12 years before his release. END_OF_DOCUMENT_TOKEN_TO_BE_REPLACED

END_OF_DOCUMENT_TOKEN_TO_BE_REPLACED 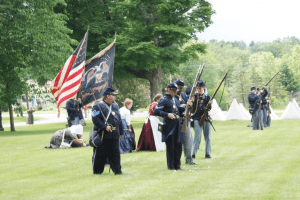 Thanks to volunteers and sponsors, the event has raised money to continue to upgrade community buildings and acquire the Gerrit Smith Estate, as well as promote the history of Peterboro. END_OF_DOCUMENT_TOKEN_TO_BE_REPLACED

World War I changed our world entirely and redefined modernity. Now, 100 years later, on January 21st from 2 to 4 pm, the Schenectady County Historical Society will explore the Great War’s effect on Schenectady and the people who lived here. The soldiers who fought, the nurses who cared, and everyone at home whose world was reshaped, completely. END_OF_DOCUMENT_TOKEN_TO_BE_REPLACED