Activities include boiling maple sap to syrup, making jack wax candy, baking molasses cornbread and waffles over an open fire, hewing a log into a trough and making wooden buckets and spiles which were used to collect the sap. The First Ulster Militia will re-enact a raid on the sugar bush. Mark Rust will perform traditional 18th century music on a variety of musical instruments including banjo, violin, guitar and spoons. END_OF_DOCUMENT_TOKEN_TO_BE_REPLACED 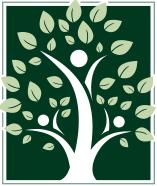 On Wednesday, April 5, 2017, Humanities New York, the Adirondack Foundation, and the Adirondack Lakes Center for the Arts will co-present a free workshop featuring an information session, activity, and ample time for networking and Q&A.

Each organization will give a brief overview of the funding opportunities that they administer and their application processes. The second half of the workshop will be an interactive grant-writing seminar. END_OF_DOCUMENT_TOKEN_TO_BE_REPLACED

END_OF_DOCUMENT_TOKEN_TO_BE_REPLACED

2016 marked a banner year for visitation at Saratoga National Historical Park. Over 102,000 people visited the park during the 100th anniversary year of the National Park Service.

This was a 58% increase in park visitation from 2015. The park witnessed an increase in visitors attending ranger programs, special events, hiking and cycling, and touring the park’s historic sites, according to the Park Service. END_OF_DOCUMENT_TOKEN_TO_BE_REPLACED

The Thirteenth Annual Dr. John A. Gable Lecture Series, sponsored by the Friends of Sagamore Hill, continues on Thursday, March 30, with “Boomtown: Oyster Bay During the Theodore Roosevelt Era.” In his lecture, Park Ranger Scott Gurney of Sagamore Hill National Historic Site will discuss how technological advances in transportation, communication, and lifestyle at the turn of the 20th century — combined with the popularity of Theodore Roosevelt — transformed Oyster By from a quiet country town into the focus of world attention. END_OF_DOCUMENT_TOKEN_TO_BE_REPLACED Visitors will be able to explore the life and career of Desi Arnaz through an exhibit and program that can only be seen during the 2017 Lucille Ball Comedy Festival. Both the exhibit and program will tell the story of Arnaz’s journey emigrating from Cuba, and how he ultimately became one of the most influential entertainment moguls in our culture’s history. END_OF_DOCUMENT_TOKEN_TO_BE_REPLACED A Year of Yes: Reimagining Feminism at the Brooklyn Museum continues with We Wanted a Revolution: Black Radical Women, 1965-85.

Focusing on the work of more than forty black women artists from an under-recognized generation, the exhibition highlights a group of artists who committed themselves to activism during a period of profound social change marked by the Civil Rights and Black Power Movements, the Women’s Movement, the Anti-War Movement, and the Gay Liberation Movement, among others. END_OF_DOCUMENT_TOKEN_TO_BE_REPLACED