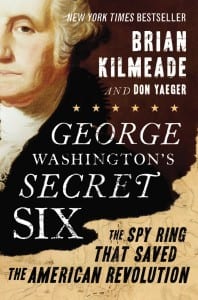 Brian Kilmeade has done historians on Long Island a great favor. With his latest book, George Washington’s Secret Six: The Spy Ring That Saved the American Revolution (Sentinel, 2013), co-authored by Don Yaeger and currently one of the top-selling non-fiction books in the country, he has focused national attention on the role played by the Culper Spy Ring that operated between New York City and Setauket, bringing information about British plans and troop movements across Long Island Sound to Connecticut and on to General Washington.

Using his bully pulpits on Fox & Friends, carried on Fox News Channel daily from 6 AM to 9 AM, and his nationally syndicated radio program, Kilmeade & Friends, from 9 AM to noon, he has elevated the nation’s awareness of the significance of Long Island to the outcome of the American Revolution.

Their story unfolds seamlessly, with well-written descriptions of General Washington’s loss of New York after the Battle of Long Island that set the stage for Washington’s desperate need for information, and ending with Morton Pennypacker’s handwriting analysis that identified Robert Townsend as the key information gatherer. But there’s the rub: Kilmeade and Yaeger have spun more than one story here. This non-fiction book hovers dangerously close to the side of fiction. END_OF_DOCUMENT_TOKEN_TO_BE_REPLACED 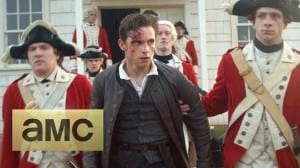 Had the writers not pinned the names of historic figures onto their characters, and instead developed a script of pure fiction about spying, adultery, gratuitous violence and traitorous generals during the American Revolution, one could sit back with feet up and relax with escapist fantasy. No problem. But – when a producer and a network advertise a program as “a true story,” and then proceed not only to bend the truth but, on occasion, to break it across their knees, and when “real” characters bear no resemblance to their flesh and blood namesakes, it is time to protest. END_OF_DOCUMENT_TOKEN_TO_BE_REPLACED