What follows is apparent from the surveys and is a composite of their responses but cannot be considered absolute for all those who answered the survey. There are variables that will be discussed below. END_OF_DOCUMENT_TOKEN_TO_BE_REPLACED 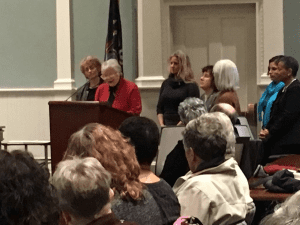 On January 3, 2017, in recognition of the centennial of the passage of the suffrage act in New York in the year 1917, the Tompkins County Legislature passed a proclamation declaring 2017 the Year of the Woman in Tompkins County.

The proclamation recognizes the long struggle for a woman to be able to take her place in in the world outside her home. END_OF_DOCUMENT_TOKEN_TO_BE_REPLACED

On the Fifth of July, there will be a ceremony in the Ithaca City Cemetery to remember and rededicate the grave sites of two African American families. The Tompkins County Civil War Commission and the Sons of Union Veterans collaborated to clean the grave of Daniel Jackson, who was called “Faithful.”

Jackson was slave in Maryland before fleeing to Ithaca, where he joined others he had known from the South. He was a reliable worker in E. S. Esty’s tannery and at the end of the Civil War he returned to his birthplace to bring his elderly mother North to live with him. The two died in 1889 five days apart: he was 75 and she was thought to be 103. A stone has been placed to mark her resting place and the plot has been landscaped. END_OF_DOCUMENT_TOKEN_TO_BE_REPLACED 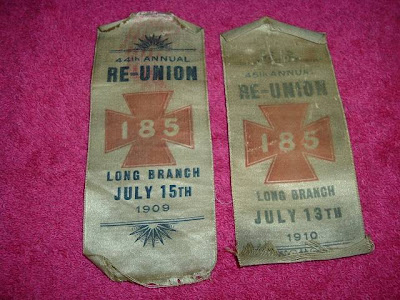 An obituary from 1865 led me to investigate the life of Ira T. Brum, who enlisted in the 185th New York Volunteers in June 1864. The regiment was full of young men from Onondaga and Cortland, and some few from elsewhere in the state. Company F contained mostly men from Cortland who enlisted together that spring.

The 185th participated in the siege of Petersburg and was part of the Appomattox Campaign, fighting at Quaker Road, Gravelly Run, Five Forks and at Appomattox Court House. There, on April 9th, 1865 members of the 185th saw the “white flag come out and was glad to see it.” First Lieutenant Hiram Clark of Marathon gathered his men and sang “Hail Columbia.” As the men settled against a fence, a shell came over and killed Clark, the “last man killed in the army of the Potomac.” END_OF_DOCUMENT_TOKEN_TO_BE_REPLACED 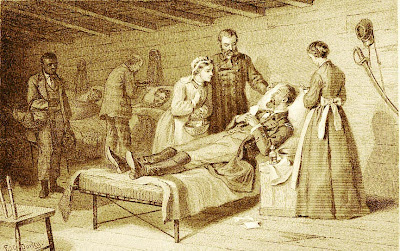 Though war was “no place for a woman,” many New York state women during the Civil War set off from their homes to nurse the sick and wounded.

One of the projects sponsored by the Tompkins County Civil War Commission is to honor women from the county who went to war. END_OF_DOCUMENT_TOKEN_TO_BE_REPLACED