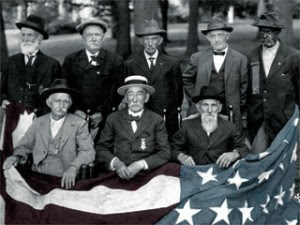 We are entering the second year of the sesquicentennial of the Civil War. New York contributed more soldiers, war materiel, money, and support to the Civil War effort than any other state. Dozens of commemorative activities are under way or in prospect in communities across the state. But New York state government is reticent about recalling, studying and commemorating its Civil War past. END_OF_DOCUMENT_TOKEN_TO_BE_REPLACED

Anyone who follows this website, New York History: Historical News and Views From The Empire State, knows the close to astonishing amount of historical activity going on in our state. New York’s history, I believe, has more variety, interest, and potential for us to draw insights today, than the history of any other state. We have hundreds of historical programs and officially designated local historians. But we also know that the state of the historical enterprise is not as strong as it ought to be. END_OF_DOCUMENT_TOKEN_TO_BE_REPLACED