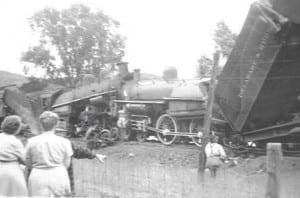 “The sun shone brightly August 26, 1946, and the sky was blue — a gorgeous summer day in the Adirondacks. The southbound train on the Adirondack line of the D&H was bubbling with excited children–318 of them–all headed south to New York City to return to their families after a summer at camp in the Adirondacks. Neither they nor the train’s crew knew that at that very moment passenger train 181, from Saratoga Springs, chugged steadily northward toward them—unaware of their presence on those very same tracks.” END_OF_DOCUMENT_TOKEN_TO_BE_REPLACED 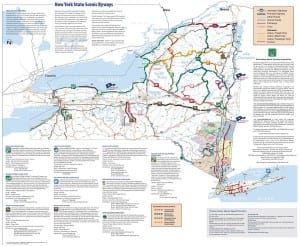 On August 8, regular contributor to the New York History Blog Peter Feinman wrote a post entitled “Old Roads: Byways of the History Community” in which he made a proposal to create “Paths” following the historic and scenic roadways of New York.

This article made two things abundantly clear: there is a need for pathways that create a driving experience and many people in the history community are unaware that these programs already exist! END_OF_DOCUMENT_TOKEN_TO_BE_REPLACED

When the distinguished Commission on Museums for a New Century, organized by the American Association for Museums (AAM), met in 1982 with the purpose of studying and clarifying the role of museums in American society, it had already recognized technology as a major force of change in the museum community. The AAM predicted that “high technology brings a ‘high-touch’ reaction – an increasing need for individual choice and human interaction-” and warned that “museums could affect and be affected by the electronic age… [particularly] in the way they choose to use communication technology in their exhibition halls and educational activities.” END_OF_DOCUMENT_TOKEN_TO_BE_REPLACED 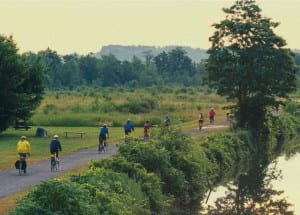 On Sunday August 11, enjoy a 28-mile guided bicycle tour along the Champlain Canalway Trail between Hudson Crossing Park in Northumberland and Fort Edward.

This tour will take bikers past historic sites of interest related to the Revolutionary War and the Champlain Canal. Learn about Rogers Rangers, Jane McCrea, the route that General John Burgoyne’s army took on the way to the Battles of Saratoga and the development of the Champlain Canal. END_OF_DOCUMENT_TOKEN_TO_BE_REPLACED

In August of 1777, German Lieutenant Colonel Friedrich Baum found himself in a precaurious position as his dismounted cavalry trudged through an unfamiliar wilderness – on a continent seperated by the Altlantic Ocean from their European homes – accompanied by British marksmen, layalists, and Native Americans of uncertain discipline.

Speaking in only his native tongue, unfamiliar with war in the wilderness, wary of the rebels’ determination and having no understanding of the landscape that lay between him and his goal, Baum departed from Fort Miller to capture stores at Bennington. So begins the saga of “The Road to Walloomsac.” END_OF_DOCUMENT_TOKEN_TO_BE_REPLACED

The highlight of the day will be a 2 p.m. concert by award-winning Adirondack folk musician, educator and story teller Dan Berggren. Berggren’s roots are firmly in the Adirondacks where he was raised, but he has entertained audiences across the country and overseas in Belgium, Bulgaria, Romania and Central Africa.

Hearing stories and songs from local friends and neighbors, he has developed a style that captures the spirit of the mountains. He has produced 14 albums and has won awards from the NYS Outdoor Education Association, the Association for the Protection of the Adirondacks, the Adirondack Mountain Club and SUNY Fredonia.

Guided tours will be offered of the Seneca Ray Stoddard: Capturing the Adirondacksexhibition. Stoddard’s photographs provide a visual record of the history and development of the Adirondacks. His work was instrumental in shaping public opinion about tourism, leading to the 1892 “Forever Wild” clause in the New York State Constitution.

The exhibition includes over 100 of Stoddard’s photographs, an Adirondack guideboat, freight boat, camera, copies of Stoddard’s books and several of his paintings. These and other items come from the StateMuseum’s collection of more than 500 Stoddard prints and also from the collections of the New York State Library and the ChapmanHistoricalMuseum in Glens Falls. An online version of the exhibition is also available on the StateMuseum website at http://www.nysm.nysed.gov/virtual/exhibits/SRS/.

The events are presented by the New York State Museum with the support of sponsors Paul Smith’s College and Stewart’s Shops.

The State Museum is a program of the State Education Department’s Office of Cultural Education. Located on Madison Avenue in Albany, the Museum is open Tuesday through Sunday from 9:30 a.m. to 5 p.m. except on Thanksgiving,  Christmas and New Year’s Day. Admission is free. Further information can be obtained by calling (518) 474-5877 or visiting the Museum website at www.nysm.nysed.gov.

On Sunday August 12, enjoy a free 20-mile guided bicycle tour along the Champlain Canalway Trail between Hudson Crossing Park in Northumberland and Saratoga Battlefield in Stillwater.

When I set out to write From Forest to Fields: A History of Agriculture in New York’s Champlain Valley, I became discouraged by the mixed information coming from various authors.

While there is archeological evidence of Native settlements in Plattsburgh at Cumberland Bay, across Lake Champlain in Vermont and along the Hudson River and its tributaries, little information exists for the rest of the Adirondack Coast. END_OF_DOCUMENT_TOKEN_TO_BE_REPLACED 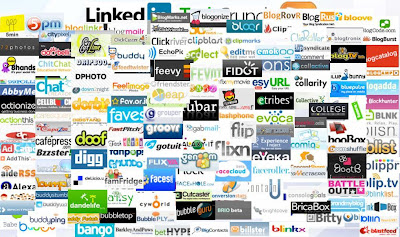 Many local organizations invest time, energy and money to build a website, but just how visible is your website in the infinite space of the internet? With the small staff and smaller budgets of non-profits, web developers need to be strategic, and generating a lively and engaging webpage is only part of the battle. In this article, we will explore the various opportunities and tools that are available to optimize your web presence. END_OF_DOCUMENT_TOKEN_TO_BE_REPLACED

Over 600 local travel suggestions have been submitted to the Lakes to Locks Passage website, just in time for the summer travel season. The site, which is co-branded with National Geographic, emphasizes travel and tourism opportunities that are submitted by local residents and locally-owned business owners. END_OF_DOCUMENT_TOKEN_TO_BE_REPLACED