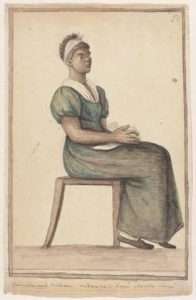 In 1810, there were nine Black people enslaved on the Staatsburgh estate in Dutchess County, NY. In 1910, the staff working inside Staatsburgh, now the Staatsburgh State Historic Site, was exclusively White and European – with only one documented Black resident in the entire hamlet. What happened?

Staatsburgh’s founder, Governor Morgan Lewis, enslaved people of African descent at Staatsburgh. Yet, when his great-granddaughter, Ruth Livingston Mills, lived at Staatsburgh at the turn of the 20th century, the staff was exclusively White and of European descent. At the same time, a free Black community was able to grow and thrive in the surrounding hamlet.

Join site staff for a conversation exploring the transition from a Black presence at Staatsburgh during the early 19th century to the apparent absence of Black people at the estate during the Gilded Age. This one-hour program will include historic photographs and documents related to this history, notably a letter from Staatsburgh’s archives written by “Founding Father,” John Jay, discussing his 1790 purchase of an enslaved man named Peter Williams, from Morgan Lewis. The presentation will focus on recent research into the Black people living and working at the Staatsburgh estate and in the neighboring hamlet of Staatsburg, bringing in the larger context of racial oppression and Jim Crow, to present audiences with a new perspective on Staatsburgh.

The program is free, but reservations are required online. Mansion tours following this program can also be reserved on the Bookeo site; admission is charged on arrival for mansion tours. Visitors may also enjoy a stroll by the Hudson River or a hike along the woodland trails in adjacent Mills and Norrie State Parks. 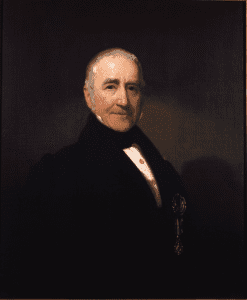 “Slavery, Segregation &amp; Staatsburgh” and Staatsburgh’s blog essay series, Enslaved & In Service, are presented within the larger New York State Office of Parks, Recreation, and Historic Preservation’s “Our Whole History” initiative, which aims to explore indigenous, Black, LGBTQ+, and other stories still untold by historic sites throughout the state. “Our Whole History” seeks to bring a more balanced historic narrative to public awareness, enriching both our state’s history and the stories we share throughout the historic site system. Through on-going research and new interpretations, the agency seeks to create a more inclusive environment, more reflective of our multicultural past, and welcoming to all.

Staatsburgh was the Gilded Age country home of financier and philanthropist Ogden Mills and his wife, Ruth Livingston Mills, a prominent figure in New York Society. Their stately home, overlooking the Hudson River in the hamlet of Staatsburg, was redesigned and expanded to 79 rooms in 1895 by the famous architect Stanford White.

Staatsburgh State Historic Site and the Ogden Mills &amp; Ruth Livingston Mills Memorial State Park are located on Old Post Road in Staatsburg, off Route 9 between Rhinebeck and Hyde Park. The historic site is one of 6 sites and 15 parks administered by the Taconic Region of New York State Office of Parks, Recreation and Historic Preservation. For more information, call 845-889-8851, or visit Staatsburgh’s website. Staatsburgh’s events are listed online here.

New York State Office of Parks, Recreation and Historic Preservation oversees more than 250 individual parks, historic sites, recreational trails, and boat launches, which were visited by a record 78 million people. For more information on any of these recreation areas, visit www.parks.ny.gov, download the free NY State Parks Explorer mobile app or call 518.474.0456. You can also connect with State Parks on Facebook, Instagram, and Twitter.

Illustrations, from above: portriat of Martha Church, a Black cook for a wealthy New York family, drawn by Baroness Hyde de Neuville in ca. 1808 (courtesy of the New York Historical Society); and a portrait of Morgan Lewis, third governor of New York, founder of Staatsburgh, and enslaver, attributed to Henry Inman, ca. 1820-1830 (courtesy of NY State Parks, Recreation and Historic Preservation);