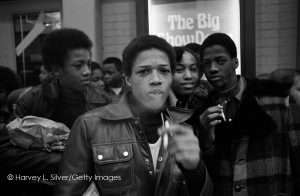 EV Gallery in New York City has announced their Holiday Photography Show, “Changin’ Times” by Harvey L. Silver is set to open on Saturday, December 3rd, with an opening reception from 6 to 9 pm.

Harvey Silver’s photography on exhibit at the EV Gallery is a time capsule of a young man starting in the late 1960s documenting America in a period of unprecedented historical change. Harvey photographed the counter-culture, artistic happenings and the anti-war movement, portraying people, streets and the styles that characterized New York City and the country in that revolutionary time. Shot in 35mm black & white and color, Harvey’s photographs capture the era in a uniquely artistic and definitive way.

The “Changin’ Times” exhibit opens with a photograph of a silhouetted hitchhiker in 1969 and is followed by photographs from concerts and music festivals documenting iconic performers and their audiences, including Robbie Robertson and Levon Helm of The Band, Buddy Guy and Dave Van Ronk backstage at the ’68 Philadelphia Folk Festival, Pete Seeger performing in 1968 on South Street promoting the cleanup of the Hudson River, rare images of Gram Parsons with the Flying Burrito Brothers, Tim Buckley and Eric Andersen in Central Park, a young Joan Baez in concert and a 21-year-old Bonnie Raitt opening up for The Byrds, and more.

The quintessential centerpiece of the show is a shot of a boy dressed as Paul Stanley of Kiss (which notably won the artist a Nikon back in 1979, in the Nikon/Bay Area Music photography contest).

In 2006, Harvey’s earlier work was accepted into the Corbis Historical Collection – now part of Getty Images. And in 2016, Silver started showing his work in Hudson Vallery galleries, and has a selection of his work on permanent display at the Radio Woodstock studio.

Through Getty, Harvey’s photographs have been published in major media outlets, including Rolling Stone, The New Yorker, New York Times, New York Magazine, Smithsonian, Huffington Post, CNN and numerous other national and international publications, websites and networks, as well as documentary and independent films, videos, and books (including, Renegades Born in the USA: Obama & Springsteen).