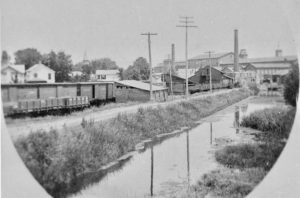 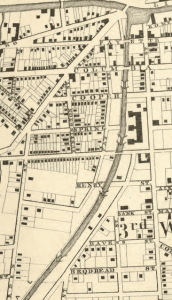 Excavations at the Lincoln Avenue site in Utica by the New York State Museum in 2013 uncovered pieces of the past deeply buried beneath the Route 5 arterial. These discoveries may be the only historical record of the engineers, craftsmen, and laborers who built the Chenango Canal and provide a picture of the neighboring residents who lived along the canal.

The Oneida County History Center will host a program on the archaeology of the Chenango Canal in Utica with Archaeologist David Staley, set for Saturday, November 12th.

David Staley is a Principal Investigator for NYS Museum Cultural Resource Program. He specializes in historic archaeology, 19th-century farmsteads, transportation, and industry. He received his M.A. in Anthropology from Washington State University in 1990.

This program will begin at 2 pm, and is free and open to the public. The Oneida County History Center is located at 1608 Genesee Street, in Utica. For more information, contact the History Center at (315) 735-3642 or visit their website.

Illustrations, from above: Chenango Canal remains north of Court Street in Utica and the New York & Oswego Midland Railroad; 1855 map showing the Chenango Canal intersecting the Erie Canal in Utica including four sets of locks; and Chenango Canal with arrow showing location of recent archeological dig.