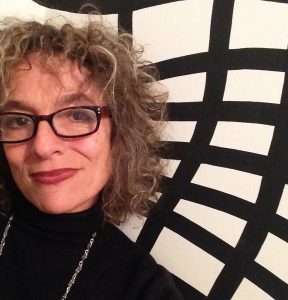 The Hyde Collection in Glens Falls, NY has announced that Dr. Derin Tanyol, a nineteenth- through twenty-first-century art specialist, has been named Curator of Modern & Contemporary Art. She will oversee The Hyde’s contemporary exhibition programming and modern art collections. She began in the new role on October 24th.

Tanyol has spent fifteen years in the museum, gallery, and arts administration field. She has curated or produced more than sixty exhibitions, including contributions to exhibitions at the Frances Lehman Loeb Art Center at Vassar College and the Samuel Dorsky Museum of Art at SUNY New Paltz. Her breadth of experience extends beyond contemporary art to include nineteenth-century American and European painting and printmaking, art of the Woodstock Art Colony, and the American Arts & Crafts movement.

In August of 2016, The Hyde Collection announced it received its largest donation since Charlotte Pruyn Hyde bequeathed her home and artwork to establish the Museum in 1952. The Feibes & Schmitt gift doubled The Hyde’s Modern and Contemporary art holdings, positioning the Museum as a regional hub for postwar art. A new gallery devoted to Modern and Contemporary art, aptly named the Feibes & Schmitt Gallery, opened in June 2017. For more than four decades, the late Werner Feibes and James Schmitt amassed a world-class art collection that aligned with their tastes and interest in non-objective art, Pop art, abstract art, and Minimalism.

Tanyol’s curatorial accomplishments include solo shows by major contemporary artists Nina Katchadourian and the Starn Twins and a retrospective on French Surrealist Georges Malkine. She joins The Hyde after many years as Director of Exhibitions and Programs at the Woodstock Byrdcliffe Guild.

In addition to her curatorial and gallery directing expertise, Tanyol has taught art history at Vassar College, Wesleyan University, and the State University of New York at New Paltz. She has published on nineteenth- and twentieth-century French and American art and lectured at the Milwaukee Art Museum, the New York State Museum, the Frick Collection, and many public conferences. Tanyol received a Fulbright Scholarship, a Samuel H. Kress Foundation Fellowship, and a Bourse Chateaubriand for two years of research in Paris.

Tanyol received her Ph.D. from the Graduate Center of the City University of New York and her B.A. from Barnard College, Columbia University.