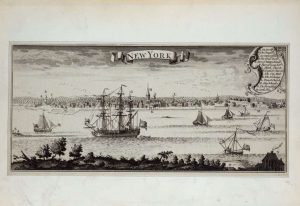 Colonial New York contributed vitally to the formation of the United States, as did New England or the colonial South, although historians have been slow to acknowledge those contributions.

This discussion will highlight the significance of New York’s religious and racial diversity, its unique geography, and its tumultuous politics.

Patricia U. Bonomi is Professor Emerita at New York University, where she taught American history for 27 years, specializing in the colonial and early national periods. She is a Guggenheim Fellow and a Fellow of the Seminar on Early American History & Culture at Columbia University, where she earned her Ph.D. in 1970. Her books include A Factious People: Politics and Society in Colonial New York; Under the Cope of Heaven: Religion, Society, and Politics in Colonial America; and The Lord Cornbury Scandal: The Politics of Reputation in British America.

This program will begin at 6 pm, and will be held at the Hudson Area Library, located at 51 North Fifth Street in Hudson, NY. For more information, click here.