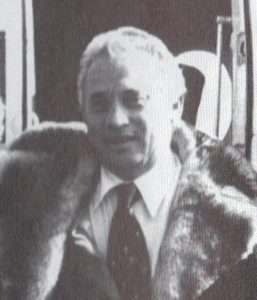 The weekend of August 24th to 26th in 1979 was supposed to be a significant one in Sullivan County, NY history. Plans had been made for some of the top musical acts in the business to appear at the site of the defunct and burned out Columbia Hotel in Hurleyville for a three-day festival that was envisioned as the precursor to an upscale performance venue that would have reversed the area’s sagging economic fortunes.

Rod Stewart, Joni Mitchell, the Village People, Bob Segar, Cheap Trick, Hall & Oates, Foghat and REO Speedwagon were among the acts slated to perform at what was being billed as the Hamlet of Hurleyville Music Festival. Plans called for there to be 250,000 tickets sold at $37.50 apiece.

The festival was the brainchild of local promoter Leon Greenberg, who had made a name for himself a couple of decades before by turning around the fortunes of a struggling Monticello Raceway and making it the place to be for Sullivan County nightlife. Greenberg was collaborating with Jeff Franklin of American Talent International in putting together the event, which was just the beginning of a much more elaborate plan.

Greenberg and Franklin proposed to construct what the New York Times called “a permanent, Tanglewood type of building” on the Columbia site, and to kick off their project with the festival, which would be held — coincidentally, they claimed — approximately on the tenth anniversary of the Woodstock Music Festival.

Interestingly, separate, unconnected promoters were simultaneously proposing a different music festival, which the media had dubbed “Woodstock II” to celebrate the anniversary.

But that very same 1969 Woodstock Festival had changed the landscape in Sullivan County for promoters of all types of events, especially music festivals, which were looked upon with particular suspicion. As Budd Filippo and Manheim Fox had found out in 1970 when their seemingly well-planned “Bach to Rock Festival” slated for Mountaindale was blocked, mass gathering laws enacted by most towns in the county in the wake of Woodstock set up a virtually insurmountable set of hurdles for any promoter to clear before future festivals could take place.

Other proposals — some not even music related — were also blocked or hindered or forced to scale down because of the specter of Woodstock. In the summer of 1972, for example, an Atlanta, GA based group called Vacation Campgrounds International, Inc. proposed a venture for a parcel of land they wanted to buy near Black Lake in the town of Bethel, but found rough going because some locals remained haunted by memories of the Woodstock Festival from a few years before.

A frustrated Louis Garfield, president of the firm, lashed out at “certain negative elements” in the town who tried to block his proposed venture because for them the camping aspect evoked images of the tents at Woodstock.

Despite these precedents, Greenberg and Franklin remained undaunted, even though they had a considerably more difficult task ahead of them than any previous developer.

Because the 200-plus acre Columbia Hotel property was split between two towns — Thompson and Fallsburg – Greenberg and Franklin had to gain approval for their plans from both Town Boards, as well as from the county’s Board of Supervisors.

Faced with that complicated scenario, Greenberg went on the offensive, waging an aggressive public relations campaign centered around the slogan, “Success is a Traffic Jam,” which became ubiquitous on buttons and bumper stickers.

Despite the publicity, meticulous and comprehensive planning, and an impressive presentation that addressed virtually all possible contingencies, Greenberg was not able to gain the necessary approvals for his Hamlet of Hurleyville festival to move forward. On May 28, 1979, the Fallsburg Town Board voted unanimously to deny a mass gathering permit for the festival, effectively killing it, no matter what was decided by the other jurisdictions.

The rejection of the permit was “in the best interest of the townspeople,” according to Fallsburg Supervisor Brian Ingber, who cited the town’s 1970 mass gathering law as the reason for the Board’s decision.

Of course, the Hamlet of Hurleyville festival was not the last of the proposed concerts to be thwarted in the county, and except for a few impromptu celebrations, it wasn’t until 1998 and the Alan Gerry backed “Day in the Garden” festival, that a large scale event would be approved here.

Meanwhile, the old Columbia Hotel site continued to sit unused until about ten years ago, when out of county developers proposed a housing development known as Gan Eden, which has drawn strong local opposition and is still seeking approvals.

Photo of Leon Greenberg in the 1970s.