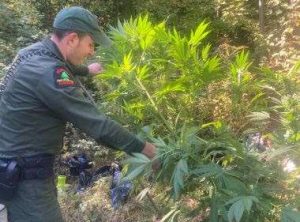 Swift Hill State Forest covers a total of 1,569 acres and contains a mixture of native hardwood species and planted conifers. The area was settled in the early 1800s when much of the land was cleared for agriculture.

The State acquired  the property in the 1930s when former fields were planted with a variety of conifers by the Civilian Conservation Corps (CCC).

The former Buffalo and Susquehanna Railroad bed borders the forest on its eastern boundary (which accounts for the long curve in the boundary line). This railroad, which ran from Buffalo to Wellsville and on into Pennsylvania, operated from 1907 to 1916. 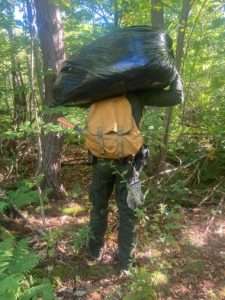 After locating the marijuana, Forest Rangers cut them down and moved to an area where they were safely burned.

It is now legal for adults 21 and older to possess up to three ounces of cannabis and up to 24 grams of concentrated cannabis for personal use in New York. Adults may smoke or vape cannabis wherever smoking tobacco is allowed under the smoke-free air laws, with a few exceptions.