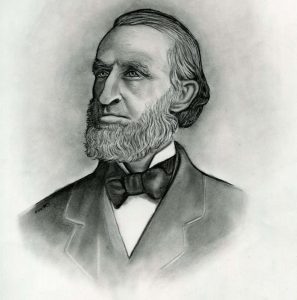 Fairbank was a radical abolitionist who not only spoke out against slavery, but actively worked to free as many enslaved people as he could.
“Forty-seven slaves I guided toward the North Star, in violation of the state codes of Kentucky and Virginia,” he wrote. “I piloted them through the forests, mostly by night, – girls fair and white, dressed as ladies; men and boys, as gentlemen or servants – men in women’s clothes, and women in men’s clothes; on horseback, in buggies, in carriages, common wagons, in and under loads of hay, straw, old furniture, boxes and bags; crossed the Jordan of the slave, swimming, or wading chin deep, or in boats, or skiffs, on rafts, and often on a pine log. And I never allowed one to be recaptured. For aiding these slaves to escape from their bondage, I was twice imprisoned, – in all seventeen years and four months; and received… thirty-five thousand, one hundred and five stripes from a leather strap…”

Fairbank helped free an enslaved person for the first time in 1837. While piloting a lumber raft down the Ohio River he ferried a slave across the river into free territory. He often guided escaped slaves to Levi Coffin who helped arrange further transportation north for thousands of people.

Fairbank was arrested for helping to transport Lewis Hayden, his wife Harriet and Harriet’s son Joseph by carriage to freedom in Ohio. He was tried in 1845 and sentenced to 15 years, five years for each of the slaves he helped free. Serving his sentence in the Kentucky State Penitentiary in Frankfort, he was pardoned in 1849 using money raised by Hayden from his new neighbors in Boston.

Two years later he was arrested again for helped an enslaved man named Tamar escape Kentucky to Indiana. In November 1851 marshals from Kentucky, with the help of the sheriff of Clark County, Indiana and Indiana Governor Joseph A. Wright, abducted Fairbank and took him back to Kentucky. In 1852, he was again sentenced to 15 years. While imprisoned in the Frankfort Penitentiary he was the victim of harsh treatment, including being frequently whipped (he believed he had received some 35,000 lashes while imprisoned). 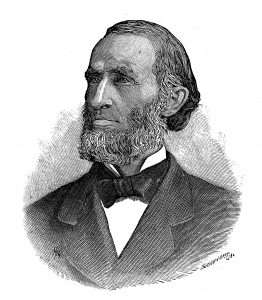 Late in the Civil War, in 1864, Fairbank was pardoned by Acting Kentucky Governor Richard T. Jacob. He later wrote a memoir, published in 1890, Rev. Calvin Fairbank During Slavery Times: How He “Fought the Good Fight” to Prepare “the Way.”  He died in near-poverty in Angelica, Allegany County, NY.

From 1844 to 1870, Kentucky imprisoned at least 44 people for helping to free enslaved people. The last man was released in 1870, five years after the end of the Civil War. Eight of those imprisoned died prisoners.

Rev. Calvin Cornelius Fairbank will be inducted to the National Abolition Hall of Fame and Museum in Peterboro on Saturday, October 22nd 2022. The Fairbank Family in America, with its headquarters in Dedham MA, nominated their ancestor.

Beginning at 2:30 pm, for the afternoon Abolition Symposia, Lynn Fairbank, great-great-granddaughter of Calvin Fairbank, will present “Rev. Calvin Fairbank – How He ‘Fought the Good Fight’ to Prepare ‘The Way.’

At 7 pm Saturday night the official inductions and the unveiling of Hall of Fame banners for Fairbank, Robert Everett, and Stephen Myers will take place.

At 2 pm on Sunday, October 23rd, J.H. Justin Schlesinger, the great, great, great grandson of Calvin Fairbank, will present “The Old House Under the Elms-The Fairbank House.” Born in Dedham, MA, Schlesinger has been on the Board of Directors at the Fairbank House since 2011 and in 2015 became the Vice President of the organization. He currently resides on the Fairbank Museum property.

The National Abolition Hall of Fame and Museum is located at 5255 Pleasant Valley Road, in Peterboro, Madison County, NY. The public is encouraged to participate in any or all of the induction activities.

Registration for the weekend events and the 19th century dinner are due by September 1st. For more information or to register, click here, email nahofm1835@gmail.com, or call (315) 684-3262.