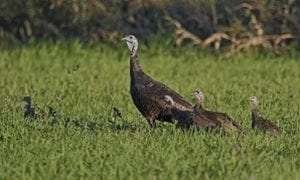 Photo of Turkey by Gordon Ellmers.