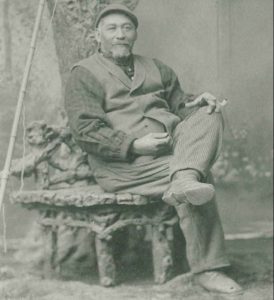 “In the Saratoga Style,” explores the many stories that have claimed to explain the story behind the potato chip, from disgruntled customers to kitchen mishaps. The history of George Crum is examined, along with his experiences as a cook and outdoor guide of African and Native American ancestry.  This exhibit will examine this contender for inventor of potato chips, along with other possible innovators who may have been responsible for the irresistibly crispy potatoes.

The use of the “Saratoga” name to nationally market potato chips is seen through the expansive collection of famed local expert Alan Richer, known as “The Toga Chip Guy,” who has partnered with the museum to make part of his collection available to the public. Items include sheet music for the “Potato Chip Song,” images from 19th century Saratoga Springs, and tools used to make “Saratoga Chips.”

Curated by SCHC Education Director Anne Clothier and SCHC Trustee Fred Sober, the exhibit is open to the public Thursday through Sunday, 1to 5 pm. The Brookside Museum is located at 6 Charlton Street, in Ballston Spa. For more information visit their website.