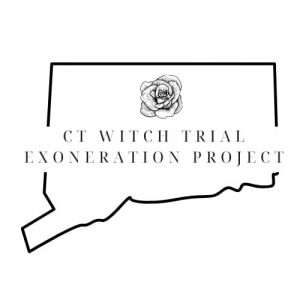 The Connecticut Witch Trial Exoneration Project is a growing team of people, including descendants, authors, historians and others working with Connecticut State Representative Jane Garibay to overturn the convictions of 46 men and women unjustly accused, and in some cases tried and hanged, for the crime of witchcraft in Colonial Connecticut in the years 1647 through 1697.

The collaboration is a continuation of what has been previously accomplished by Beth M. Caruso, a Connecticut witch trials expert and author of the book One of Windsor: The Untold Story of America’s First Witch Hanging (Lady Slipper Press, 2015) and retired police officer Tony Griego.

The Project is currently engaged in historical research, outreach to supporters, and lobbying for legislative action. They have established a petition online and are currently seeking interviews with descendants of witch trial victims.