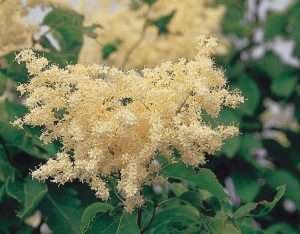 My ex-wife gave me a shirt that reads “Change is Good. You Go First” when our divorce was finalized, a much-appreciated bit of humor in the midst of a challenging time. It’s hard to find the mirth in some changes, especially when we don’t have a say in them.

Climate change is a good example. Global temperatures are rising at an ever-increasing rate. Extreme weather events are becoming more frequent and severe with time, and no amount of denial will make it go away. We have to learn to roll with this one.

We can’t stop climate change tomorrow, but we can “trick” it by updating the kinds of trees we consider for home and community planting.

A warmer world affects trees in myriad ways: Record wet seasons like in 2013, 2017, and 2019 allow normally weak foliar pathogens to spread and flourish, becoming primary agents of mortality. Needlecast diseases are killing more conifers than ever before, while anthracnose of maples, walnuts, and other deciduous species is also on the rise.

Solutions: Sometimes it’s important not to do stuff – I always like that strategy.

Colorado blue spruce (Picea pungens) is incredibly vulnerable to needlecast diseases. In fact, about ten years ago, a senior Cornell Extension educator suggested all Extension educators tell the public not to plant them, period. Katsura trees (Cercidiphyllum japonicum) are one of my favorites, but can’t weather even moderately dry conditions. They’re also very salt-intolerant, making them especially bad for street planting.

The majority of white-barked landscape birches are sitting ducks for bronze birch borers, which are lethal unless caught early and treated systemically. European weeping birch (Betula pendula), white or paper birch (B. papyrifera), and grey birch (B. populifolia) should be used only rarely in most landscapes.

More Solutions: Thinking outside the box-elder is a key strategy. Years ago, I was firmly in the “Native Species Only” camp. It took a while to realize that taking a hard line on native plantings was no longer wise in our fast-changing climate. Below are some non-regional trees and tough local characters that deserve to be more widely planted.

The ginkgo (Ginkgo biloba) can withstand severe drought, high soil pH, salt, and air pollution. Once trained, it is low-maintenance in terms of pruning. The Japanese tree lilac (Syringa reticulata) is another familiar urban tree that is often underrepresented in our landscapes. Aside from its lush blooms, it is perfect for under utility wires. In addition, it is largely pest and disease-free, and requires little maintenance pruning.

The Norway spruce (Picea abies) is not drought-tolerant, but is very resistant to needlecast diseases that are decimating Colorado blue and other spruce species, and is OK with marginally wet sites. The ever-popular crabapples (Malus spp.) face much higher disease pressure from apple scab and fire blight. It’s imperative to get disease-resistant varieties exclusively, and to only plant on full-sun sites.

In spite of its name, the Kentucky coffeetree (Gymnocladus dioecious) is cold-tolerant to USDA Hardiness Zone 3b, and is fantastically drought-resistant. It also withstands air pollution and soil pH up to about 8.2, and occasional waterlogged conditions. Plus, its coarse bark and ascending branch habit give all-season interest. While the northern catalpa (Catalpa speciosa) also developed a bit to our south, it is nonetheless good to Zone 4a. It is moderately drought-tolerant and will survive intermittent flooding as well.

The thornless common honeylocust (Gleditsia triacanthos var. inermis) is overplanted in some urban locales, and possibly with good reason. It laughs at deicing salt, drought and occasional flooding alike, and manages fine in compacted soils too. The native hackberry (Celtis occidentalis) is hardy to at least Zone 3b. Often passed by because they lack conspicuous flowers and flashy fall color, hackberry trees handle severe drought and occasional flooded soil.

The bur oak (Quercus macrocarpa) may top my list of favorites. With a species lifespan of 800+ years, it is a true legacy tree. It’s super drought-tolerant, yet fine with seasonal flooding. It can be hard to get established, so the smaller the better for transplant stock. River birch (Betula nigra) are variously listed as hardy to Zone 3b or 4a. In any case, they are a good substitute for white-barked birches, as they are more accepting of landscape conditions and are rarely attacked by bronze birch borers. Not drought-tolerant, but great for seasonally wet sites.

Attention to Detail: Choices around planting make a difference, too. Everyone wants fast results, but large-caliper trees are an even bigger gamble today than they used to be. New research indicates that 5 cm (2”) should be the largest caliper size considered for planting.

Studies show removing wire and burlap in the planting hole is more important than we once believed. We also should emphasize to customers the need for multi-year supplemental watering for transplants. And finally, remember that we are planting for future generations!

This article was first published in Ontario Arborist magazine, Summer 2022.