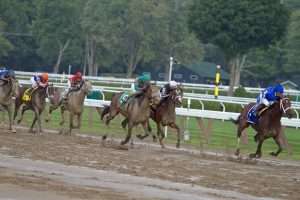 The Office of the Gaming Inspector General’s (OGIG) core function is to conduct independent investigations into fraud, misconduct, and criminal violations related to gaming. In 2021, OGIG received over a hundred complaints, issued six letters and reports, and referred over a dozen recommendations to the New York State Gaming Commission.

These matters, which are detailed in the report, include uncovering outside activities by Gaming Commission employees, including podcasting and social media endeavors, as well as abuses of state resources.

This year, the state of New York is implementing or proposing a broad range of new initiatives and policy changes in the gaming industry which will require further oversight and monitoring by the Offices of the Inspector General, including mobile sports wagering, interactive gaming, and daily fantasy sports, as well as the potential awarding of three downstate casinos licenses.

The report can be found online here.

Read more stories about the history of gambling in New York State here.