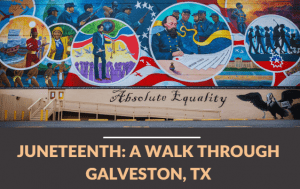 The National Abolition Hall of Fame and Museum (NAHOF) and the Gerrit Smith Estate National Historic Landmark (GSENHL) in Peterboro, Madison County, NY will present a number programs during the upcoming Juneteenth Weekend.

NAHOF will open at noon on Saturday, June 18th. Besides the Hall of Abolitionists and the Chronology of Abolition from the Colonial Period to Reconstruction exhibits, the Power of the Pen activities developed for the Madison County Anti-Racism Collaborative in May will be available for the public.

NAHOF will close at 6:30 pm for Juneteenth: A Walk Through Galveston, a short video created for 2022 Black History Matters, a program exploring the history of June 19th, 1865 and the new federal holiday.

At 7 pm the film Songs of Slavery and Emancipation will debut at NAHOF at the same time of its debut at the People’s Forum at 320 West 37th Street New York. Musician, author, songwriter, activist, and music producer Mat Callahan of Bern, Switzerland, brought a videographer to Peterboro to record for the film. Callahan had recently discovered songs composed by enslaved people and long-lost songs of the abolition movement.