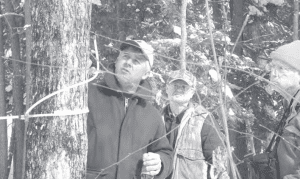 The stock market may be down, but maple syrup production is up.

The state’s production this year was 31% above that of 2021, the USDA National Agricultural Statistics Service (NASS) reported June 10th.

Its maple syrup production has increased approximately 50 percent over the last decade, according to the NYS Maple Producers Association.

According to NASS, the number of maple taps in New York in 2022 was estimated to be 2.90 million, unchanged from last year. Yield per tap increased to 0.291 gallon per tap, up from 0.223 in 2021. The earliest sap flow reported was on New Year’s Day in both New York and Vermont. New York’s season lasted on average 33 days, compared with 29 days in 2021.

According to Vermont’s Agency of Agriculture, Food and Markets, that state’s 2021 value of production totaled $56 million, up from $52.7 million in 2020. The average retail price per gallon was up .80 cents per gallon to $46.30 New York State was second only to Vermont in US Maple Syrup production in 2022.

According to Vermont’s Agency of Agriculture, Food and Markets, Vermont maple syrup producers put out 6.65 million maple taps in 2022, an increase of 150K over the 2021 total. Yield per tap is estimated to be 0.383 gallon, significantly up from 0.269 gallon from the previous season.

According to the NYS Maple Producers Association, New York State is home to the largest resource of tappable maple trees within the United States.

Its producers are among the nation’s most innovative, according the Cornell Maple Program. According to a press release, the Maple Program recently collaborated with a graduate student in the Cornell Master of Food Science program, Christian Mercado, to develop a new liqueur, Mappleau, a diluted maple syrup fortified with maple brandy. It was inspired by Pommeau, the fresh apple cider fortified with apple brandy and aged.