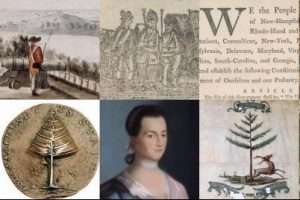 The Massachusetts Historical Society has announced “Underrepresented Voices of the American Revolution,” a conference set for July 14th through 16th.

In recent decades, scholars have unearthed and revived stories of a diverse cast of characters who lived through America’s political formation. The approach of the 250th anniversary of the Declaration of Independence offers an opportunity to highlight and share the latest scholarship on the underrepresented voices of the American Revolution whether that be from the perspective of Native Americans, African Americans, women, loyalists, ethnic and religious minorities, children, or neutrals in a global war that put the question of representation at Revolution’s core.

This conference brings together scholars to explore broad themes associated with historic individuals and groups not traditionally taken into consideration when discussing the American Revolutionary Era.

A full conference schedule can be found online. For more information or to register, click here.