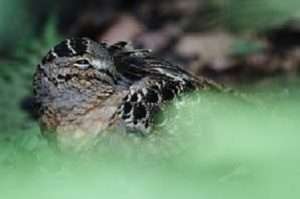 The American woodcock, or Timberdoodle, is a migratory upland bird, whose numbers have been declining for several decades. Since 2018, DEC has been a partner in the Eastern Woodcock Migration Research Cooperative, led by the University of Maine.

The goal of the larger collaborative is to understand the woodcock’s migration ecology. During this study, 40 woodcock have been marked in New York and over 500 for the project overall. This year, DEC is expanding its efforts by partnering with SUNY Brockport and the University of Maine to better understand woodcock’s habitat usage during the spring breeding and summer brood rearing seasons. As part of the expanded effort, DEC biologists and technicians will be out trying to capture woodcock in early May.

The information from this study will help guide habitat management on state and private lands in New York to benefit woodcock and other species that rely on early successional forest habitats. Check out a video about this interesting research.