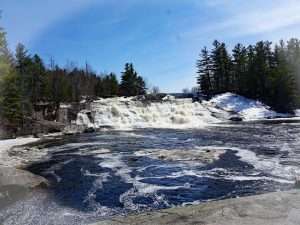 The Adirondack Lakes Center for the Arts (ALCA) at Blue Mountain Lake in the Adirondacks has announce that new and returning artists will be featured as part of its lineup of gallery exhibits for 2022. Exhibits will be on display in the Arts Center’s main gallery space and performance space throughout the season, which begins May 27th.

Opening the season and running through June 26th will be the Annual Members’ Exhibit, Art for All Seasons, featuring the work of local community members. Alongside this exhibit, Carol Backus presents oil paintings in the collection titled Chapter One: Home.

Also running May 27th through June 27th will be Beverly J. Patchin’s nature photography in a collection titled Being One with Nature.

The next exhibits at the Arts Center run from June 29th through July 31st. Sculptor Aprille Nace presents Light in Nature: An Exploration in Clay.

Gary Zack’s collection of oil and acrylic paintings on canvas/board are featured in his 2016 Adirondack Series. Nace and Zack’s pieces will be on display through July 31.

From August 3rd through September 4th, three artists will be featured in the gallery spaces.

Another collection at the Center from August 3rd through September 4th will be Diane Swanson’s series, titled Northern Aesthetics.

The third collection in the month’s lineup will be Sally Soper Neenan’s North Country Barns… Vanishing but not Forgotten. This collection, along with Trick and Swanson’s works, will be on view at the Arts Center through September 4th.

The last exhibits of the 2022 season feature returning artists Cathy Marczyk and Robert Hameline, as well as Christine D’Amour Holden, beginning September 7th. Hameline’s collection, Drawings on Shelf Mushrooms, is inspired by his experiences in the Adirondacks.

Alongside Marczyk and Hameline, the final collection on display will be Christine D’Amour Holden’s Decomposition. These exhibits will be on view from September 7th until the Arts Center’s closing day on October 9th.

After opening Friday, May 27th, Arts Center hours will be Wednesday through Sunday, noon to 4 pm, through October 9th. The Arts Center has also announced its season of concerts and theatre productions, along with the return of workshops, lectures, and the summer Kids’ Camp. For more information, along with ticket and registration links, visit the Arts Center website.