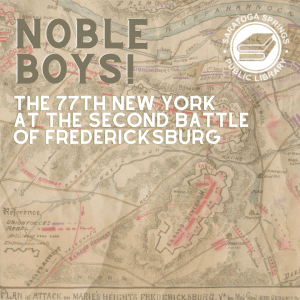 The program will include first person accounts of the 77th charging Telegraph Hill, adjoining the sunken road on Marye’s Heights just below the city of Fredericksburg, VA.