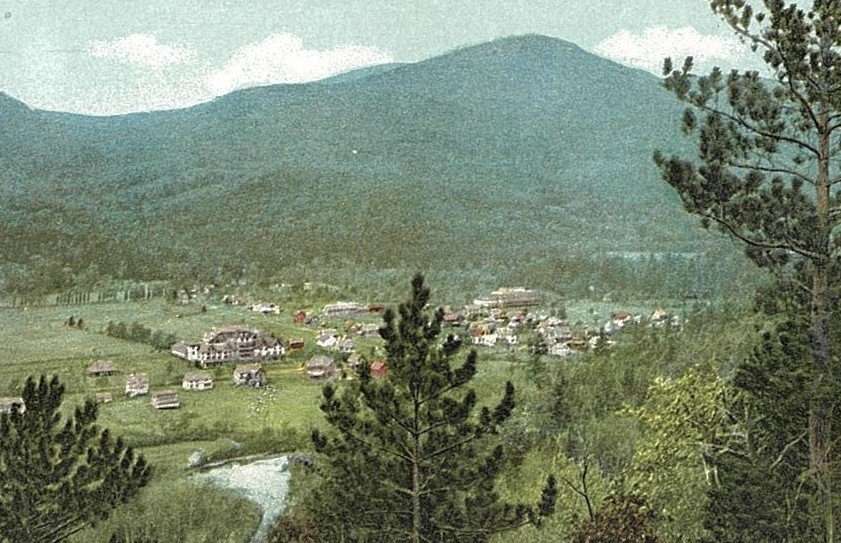 Scarlet fever is something we don’t have to think about any more. One hundred years ago however, this childhood killer struck fear into the hearts of parents everywhere, including the little town of Keene, NY, in the Adirondacks.

On March 4th, 1912, in the face of a frightening scarlet fever outbreak, the Keene Town Board of Health took emergency action. The Board ordered “that the church, school houses, library, neighborhood house and Keene Valley Club House shall be closed until further notice.”

Today, in the midst of our Covid-19 turmoil, the disputes over vaccines, masks, and other government and scientific recommendations, it is hard to imagine a citizen board of health exercising that kind of power — to declare the church and the schools and the library closed. Boom. “Mo(tion) carried,” says the official one-page document, hand-written in pencil. 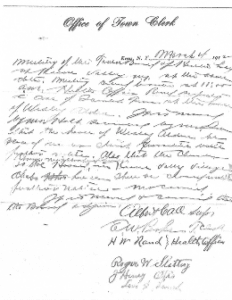 This document, along with many other fascinating clues to our community’s past, resides in the Town of Keene Archives.

History often seems like a mirage out there in the bigger, wider world, not particularly connected with us. These records help us see that the big stories are made up of local parts, lives that people lived in communities like ours.

We don’t know whether there were protestors at that Board of Health meeting almost 110 years ago. Did everybody obey? Did parents object about the schools? Did church goers and the minister cry out against a government intrusion on religious freedom?

Unfortunately, the records don’t provide that context. No doubt the current town board members are happy not to have that responsibility today.

The Keene records also show that the Board of Health ordered specific households to quarantine when cases in their families were documented, or even suspected.

On February 15th, Town Health Officer H.W. Rand reported cases of the fever at the home of W.P. Hare, so the family house and store were both quarantined. The board hired Elmer Grimshaw to act as official quarantine officer and he was instructed to “obtain a list of all school children that have been exposed to the above disease and notify their parents to keep them at home until danger of infection is passed.” Grimshaw, who was also a well-known guide with a reputation for enjoying colorful and lengthy conversations, was paid $2.50 a day.

A couple of weeks later, the board responded to another report from Dr. Rand by shutting down George Beers’ blacksmith shop. The Hare’s house burned down and the family moved, but the board directed they remain in quarantine, and offered public support for the family in distress.

From other records, we know that scarlet fever was indeed a serious threat in those days before antibiotics. New York State reported 805 deaths in 1912; almost all of those who died were children below the age of 10. It was a childhood scourge. So we can see why the town was scrambling the protect its children.

Other communities around New York closed schools and issued quarantine orders during this period. (The Elizabethtown Post of February 29th, 1912 reported that schools in both Keene and Ausable Forks were closed because of scarlet fever. More than 200 cases were reported in Syracuse.) Today the disease is easily treated; the death rate is less than 1%.

By early April of 1912, the crisis in Keene was over. Here’s the cryptic report from the Board of Health meeting on April 8th:

We can’t find any evidence of scarlet fever deaths in Keene during 1912. Maybe the tough action by the town worked. 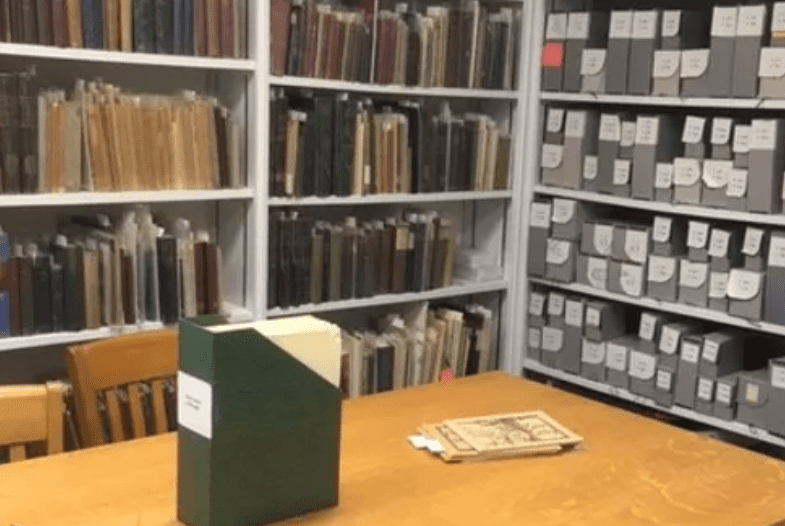 The good news is that these records are open for public access during regular Archives hours: Tuesday and Thursday, from 9 am to 4 pm, plus Wednesday and Saturday mornings. (Call (518) 576-4335 to double check.) Volunteers are working with the staff to develop an expanded catalog of materials in the collection. And more volunteers are welcome.

In addition to Town Board and Board of Health minutes, there are hundreds of old photographs, tax records, articles and family histories, maps, reports, old death records, cemetery records.