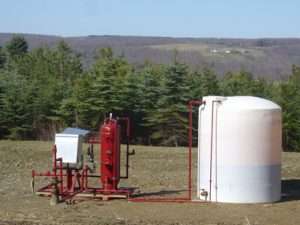 Department of Environmental Conservation (DEC) has finalized regulations that the Department expects will require significant reductions in methane and other harmful emissions from any oil and natural gas infrastructure in the State. The new rules will be effective March 3, 2022

The regulations are part of the State’s clean energy and climate agenda and are expected to reduce methane emissions by more than 14,000 metric tons per year and volatile organic compound emissions by over 2,000 tons per year by regulating and controlling methane leakage and venting. Methane is second to carbon dioxide in its contribution to climate change because of its high volume in the atmosphere and strong radiative effects. 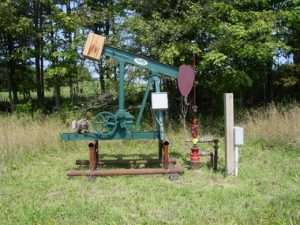 The measures help address methane emissions from the oil and gas sector by reducing the equivalent of more than 1.2 million tons of carbon dioxide, comparable to taking more than 230,000 cars off the road. The regulations reduce, and in many instances prohibit, the venting of natural gas to the atmosphere at wells, compressor stations, storage sites, and metering and regulating stations.  You can find the regulations on DEC’s website. 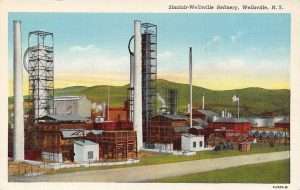 In addition, the regulations contain leak detection and repair requirements for oil and gas infrastructure, as well as requirements for controls and operations. This proposal is New York’s latest step to reduce emissions of methane and other greenhouse gases. In December 2020, DEC and NYSERDA announced the State’s upcoming use of high-tech aerial surveillance equipment to locate and plug abandoned, decades-old oil and gas wells that leak methane into the environment. In addition, regulations finalized late last year establish limits requiring that statewide emissions of methane and other greenhouse gases be reduced 40 percent by 2030, 85 percent by 2050, including emissions associated with imported electricity and fossil fuels.

To achieve nationwide emission reductions consistent with this rule, on January 31st, DEC submitted comments on the U.S. Environmental Protection Agency’s proposed oil and gas rules recommending these rules be strengthened to incorporate the requirements of New York State’s rule.