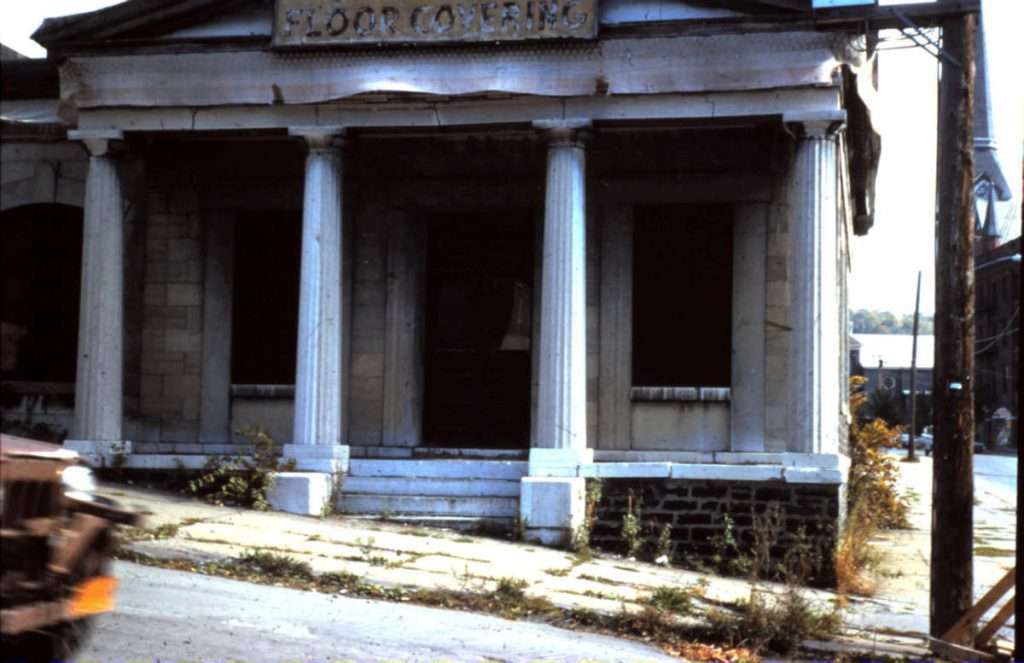 The wisdom of historic preservation has not always been a given. The desire by some to preserve old buildings and places is at times pitted against those who would rather “start over” with new construction.

In the early 1970s many residents of Little Falls, Herkimer County, NY wanted to tear down the old Herkimer County Bank, the county’s first. Some hoped it was be transformed into a parking lot, while a handful of preservationists fought to preserve the Greek Revival architectural treasure and a community resource.

“A sense of identity springs from knowing where you come from. It feels good to walk down the same streets your grandfather did, especially if there’s something about those streets that still looks like it did back then. That’s part of the reason people have taken to the streets, armed with paint scrapers, plumb bobs, old blueprints and memories: to rediscover their own town’s origins”

So opened the 1973 publication Old Glory: A Pictorial Report on the Grass Roots History Movement and the First Hometown History Primer by the America the Beautiful Fund. The book celebrated and sought to serve as a guide for others by reporting on nationwide efforts of citizens to salvage “the history of American before it falls down, is paved over or dies with the lost memories.”

The book featured stories from seventy-six cities and towns from twenty-nine states, among them was that of Little Falls’ “Old Bank Building.” The uniqueness of the 1833 bank constructed of native stone and dressed limestone details was recognized and efforts to preserve the structure were lauded. At the time, the fight to preserve the building was still very-much ongoing, and success was not a given. 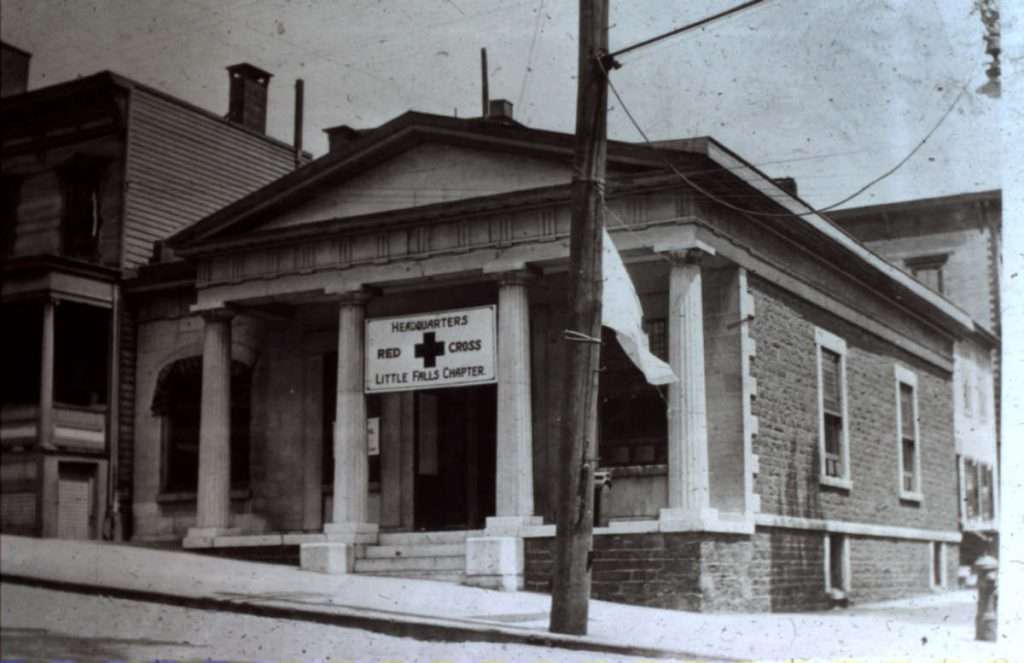 In 1970, the Old Bank Building was placed on the National Register of Historic Places. Controversy abounded between preservationists and those looking to tear the building down in the name of “progress.”  The Utica Daily Press published an article entitled “Little Falls Bank Stirs Dispute” in which its author Richard Williams (the historian of Clinton, NY) closed his piece by asking “Will the bank building that began in the 1830s … fall prey to the cries of progress or will history and a unique remaining commercial bit of the Greek Revival style be maintained, rehabilitated and eventually used by Little Falls residents in the future?”

Dueling letters to the editor, articles reporting on the controversy, and competing ads in the Little Falls Evening Times illustrated the contentious debate. The Urban Renewal Agency and the city administration both joined the calls for demolition. Historical Society members and other preservationists fought to save the building from the wrecking ball.

This battle culminated with the 1976 purchase of the building by the Historical Society from the Urban Renewal Agency for $9,000. The Old Bank Building’s placement on the National Register of Historic Places was the lynch-pin for preservation. The building had been saved – a victory, sort of. 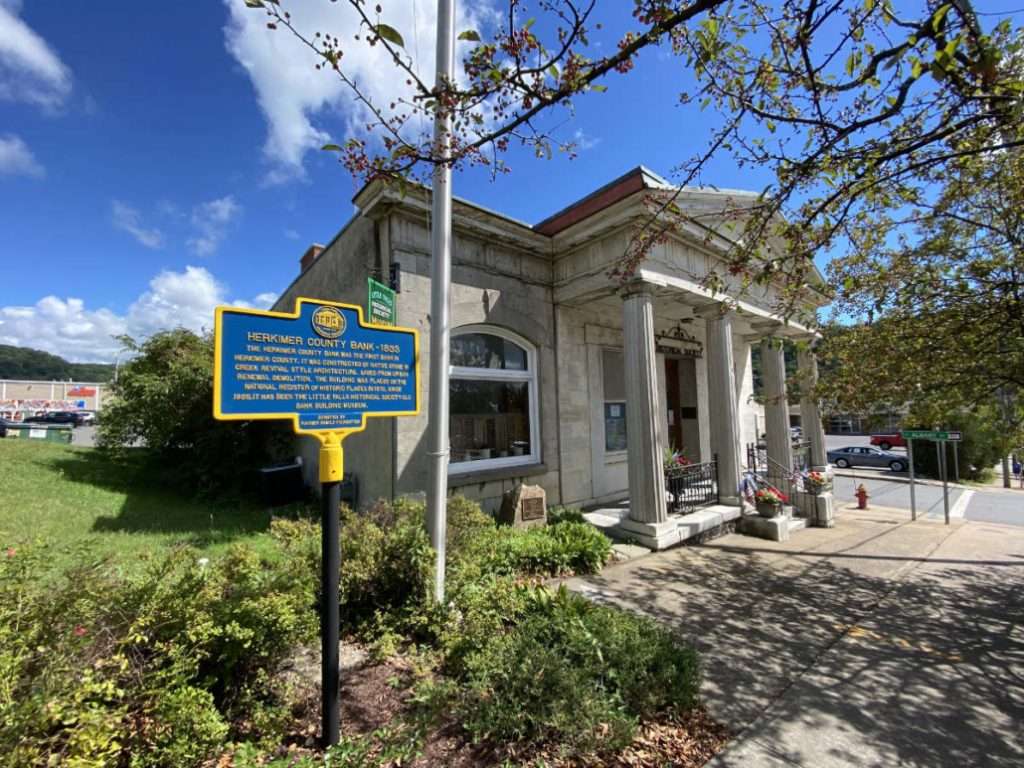 The immensity of building restoration lay ahead so another battle had just begun. The Old Bank Building was in dilapidated condition and what followed was a protracted (1976 to early- 1980s) restoration project carried out by devoted volunteers and skilled craftsmen. Since its 1985 official opening, the Old Bank Building Museum has been the repository for the Historical Society archives and artifacts.

Our fore-bearers won a great battle against the odds to turn a run-down historic gem into the vibrant community resource that it is today. May their efforts yield appreciation and a strengthened resolve, by this and future generations, to do their part to carry the torch forward in protecting our community’s history.

An article authored by Louis Baum in the book Towards Our Bicentennial (available via pdf from the Little Falls Historical Society’s website), focuses on the detailed history of the Old Bank Building.

Pat Frezza-Gressler is a member of the Little Falls Historical Society.