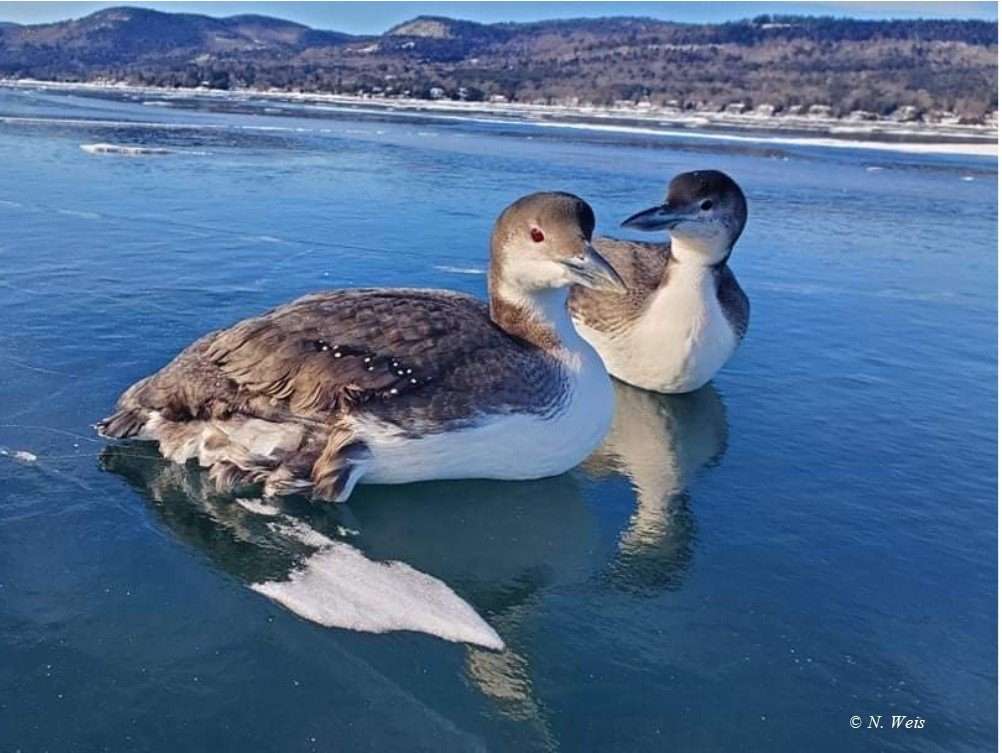 On two different days this week, the Adirondack Center for Loon Conservation received reports about Common Loons which had been iced-in on Lake George.

Ice fishermen Nick Weis and Mattie Riley found and protected two loons from an eagle attack on Sunday, and ice fishermen Jason Jordan and Tim Denno found a third loon on Tuesday. The fishermen caught and carried the birds to safety, then reached out to local wildlife professionals for help.

After meeting up with the fishermen, Dr. Nina Schoch checked the rescued loons for injuries, and noticed that they were lacking the feathers they would need to fly, called “flight feathers.” Dr. Schoch explained that this problem arises when loons molt their flight feathers before they migrate to the coast for the winter. 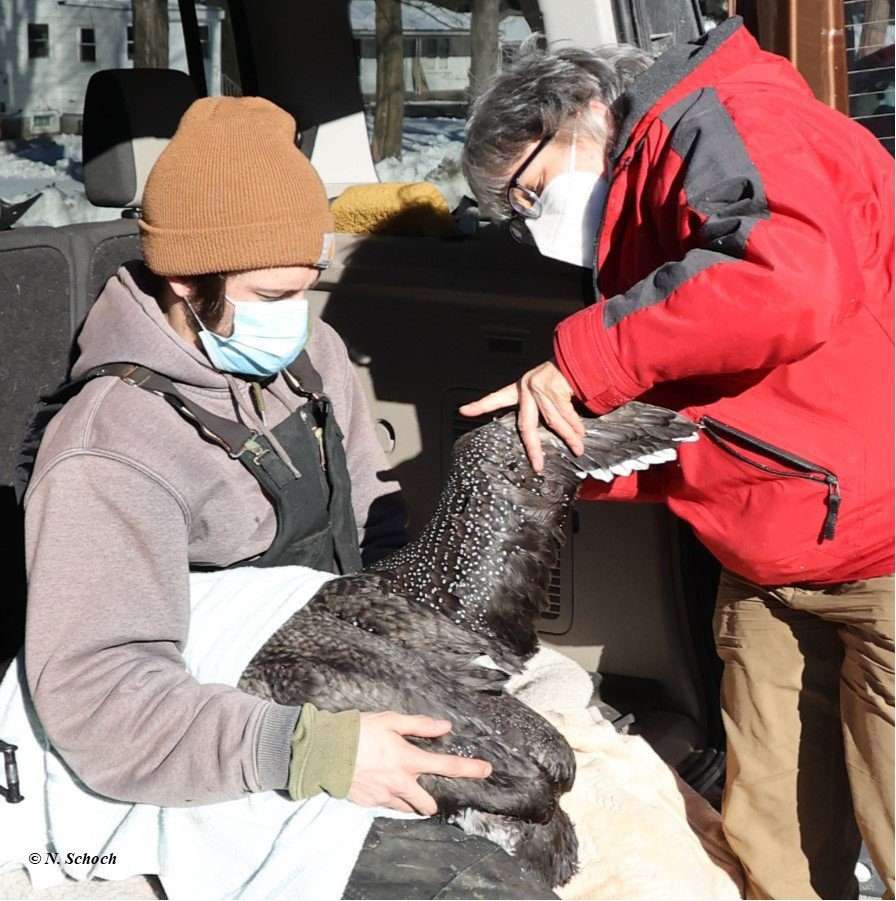 “Each year, loons need to migrate from their breeding lakes to open coastal waters, since the lakes freeze in  he winter. Loons molt their flight feathers all out at once, so they are flightless for a month or more until the flight feathers grow back,” Schoch said.

However, if the lakes stay open until mid-winter, then freeze suddenly after a steep drop in temperature, the loons may have missed the cue to migrate prior to molting. Thus, some loons get “iced-in” while they’re unable to fly. “We have seen an increasing trend in these cases of ‘molt-migration mismatch’ as the climate in the Northeast warms, and the ice-in dates get later in the winter,” said Schoch.

All three loons were adults, having either spent the summer in the Adirondacks, or stopped for a rest on Lake George during migration from more northern breeding lakes. Schoch and Loon Center staff examined the loons to be sure they were in good physical condition, then banded and transported them to Lake Champlain. There they were released to the open water by Dr. Schoch, Emily Prosser (Biologist), Ellie George (Field Staff), Susan Harry (Philanthropy Director), and Jay Locke (Finance/Operations Director) of the Adirondack Center for Loon Conservation. 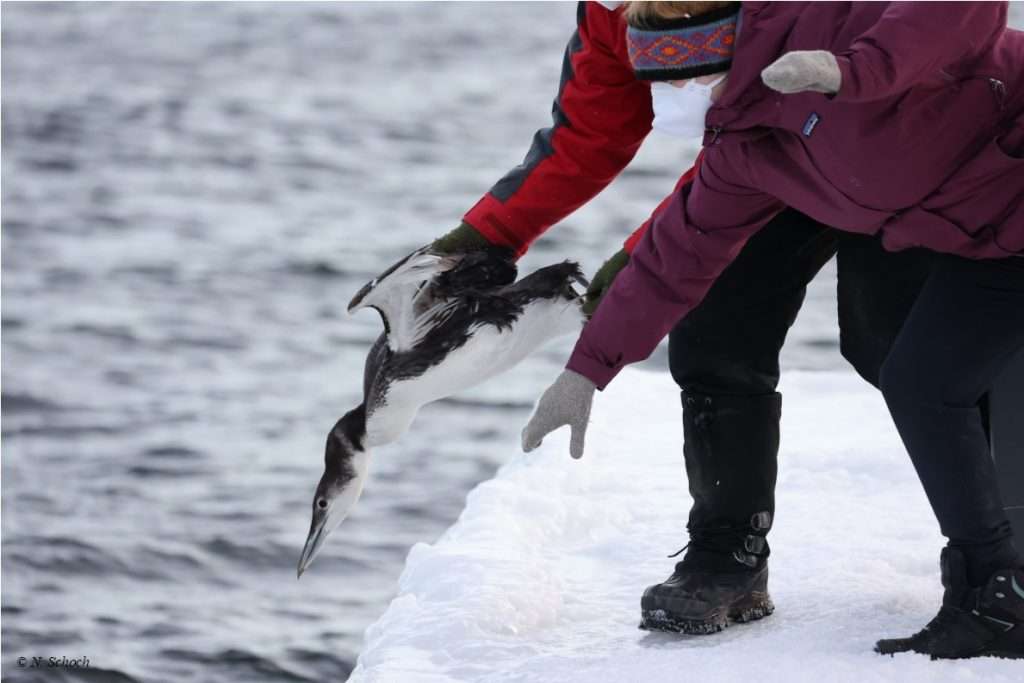 Saving adult loons is important because they return to their breeding grounds for many years, and live 25-35 years. Most ice rescues are very risky, since loons are often found in open water, surrounded by thin ice. During these recent rescues, the loons were completely out of the water, and the fishermen helped when they took swift action.

The Adirondack Center for Loon Conservation thanks Nick Weis, Mattie Riley, Jason Jordan, and Tim Denno for getting the loons out of harm’s way, and North Country Wild Care for their excellent assistance in these rescues.