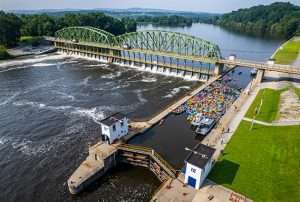 The report features highlights of efforts made to preserve and promote the nation’s most successful and influential constructed waterway, the Erie Canal, and to connect people with its recreational and economic opportunities, distinctive heritage, and scenic beauty.

The full report can be viewed online.